After my failed attempts at undercoating my Crimson Fists using the GW Spraygun, in the last post, I took the nozzle apart and left it to soak in some white spirit overnight. In the morning I cleaned out all the bits using an old toothbrush and some cotton buds and then had a second go at the undercoating - and here are the results: 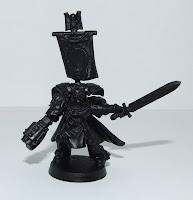 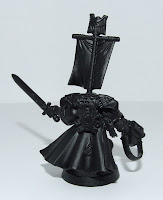 So first off is the Captain. I'm not going to do much explaining through this as the pictures are pretty self explanatory. The only thing I've done to this model is drill out the storm bolter barrels.

Here is the standard bearer and the apothecary from the command squad.

And here is the company champion, with a few added purity seals. 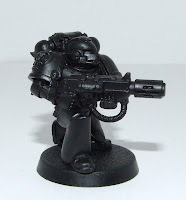 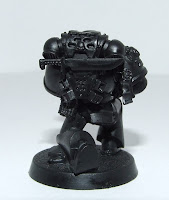 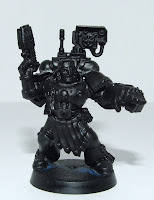 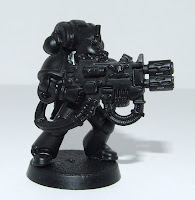 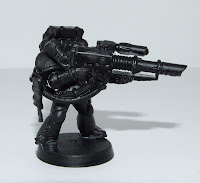 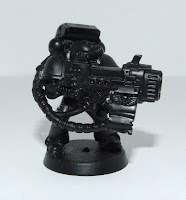 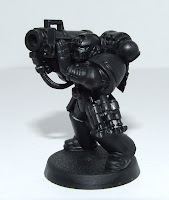 Devastator squad plasma cannon and missile launcher. As you can see there are a few bits I missed with the undercoat. This was during my failure stage when I was still trying to get the spraygun to work properly. I'll go over these sections with a brush as they tend to be in harder to reach or obscured areas. 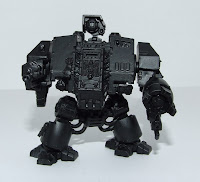 And here is "Mr Stompy" - not his actual name. I've not glued the weapon arms on so I can choose which loadout to go with. 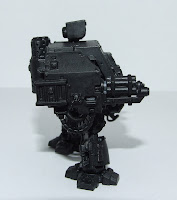 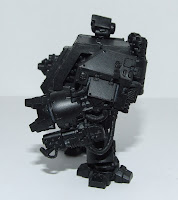 Here are the side on shots of the assault cannon and close combat weapon arms.

Next up are the bread and butter tactical marines. Currently there are 13 of them, but I have a few awaiting bits that I've bought which will be made up tomorrow probably.

No tactical squad would be complete without a sergeant, and a nice big banner to let everyone know he's the sergeant. 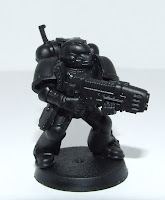 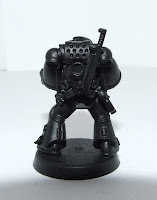 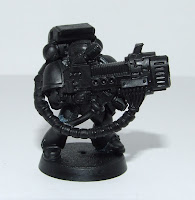 And the squads plasma cannon.

With the marine's undercoated, I then moved on to their paint scheme. And in trying to keep the paint time down to a minimum, I picked up a bottle of Vallejo Model Air Insignia Blue. 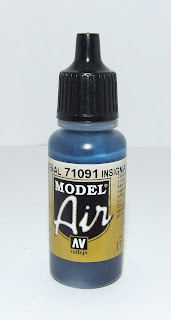 This is the darkest blue that Vallejo do in the Model Air range. The camera flash has brightened it up a bit, but I think it will be a good base for my Crimson Fists.

Thanks for reading. Oh and if anyone has any tips on taking photos of dark/black miniatures please can you enlighten me. Thanks again.

Sorry, no tips for dark photos.

Nice work! As for dark photos, it depends a lot on the photo software you use but free stuff like iphoto can work wonders on black models, by modifying the 'shadow' setting. On other programmes, try setting the contrast at about 75% for a start. Each photo is different though, you might need to experiment a bit, espeically with brightness.

@ Colonel Scipio - Thanks for the tips. I've had a bit of a play around on Photoshop and think I may have figured it out. Its just a case of making sure the detail isn't lost when changing the settings.