With my hybrid/modified Russ being worked on, I thought I'd take the time to show you one of the other tanks I've been building recently - another Leman Russ, but this one has some skills!
I've been busy with magnets again and forgot to take WIP photos (surprise surprise). 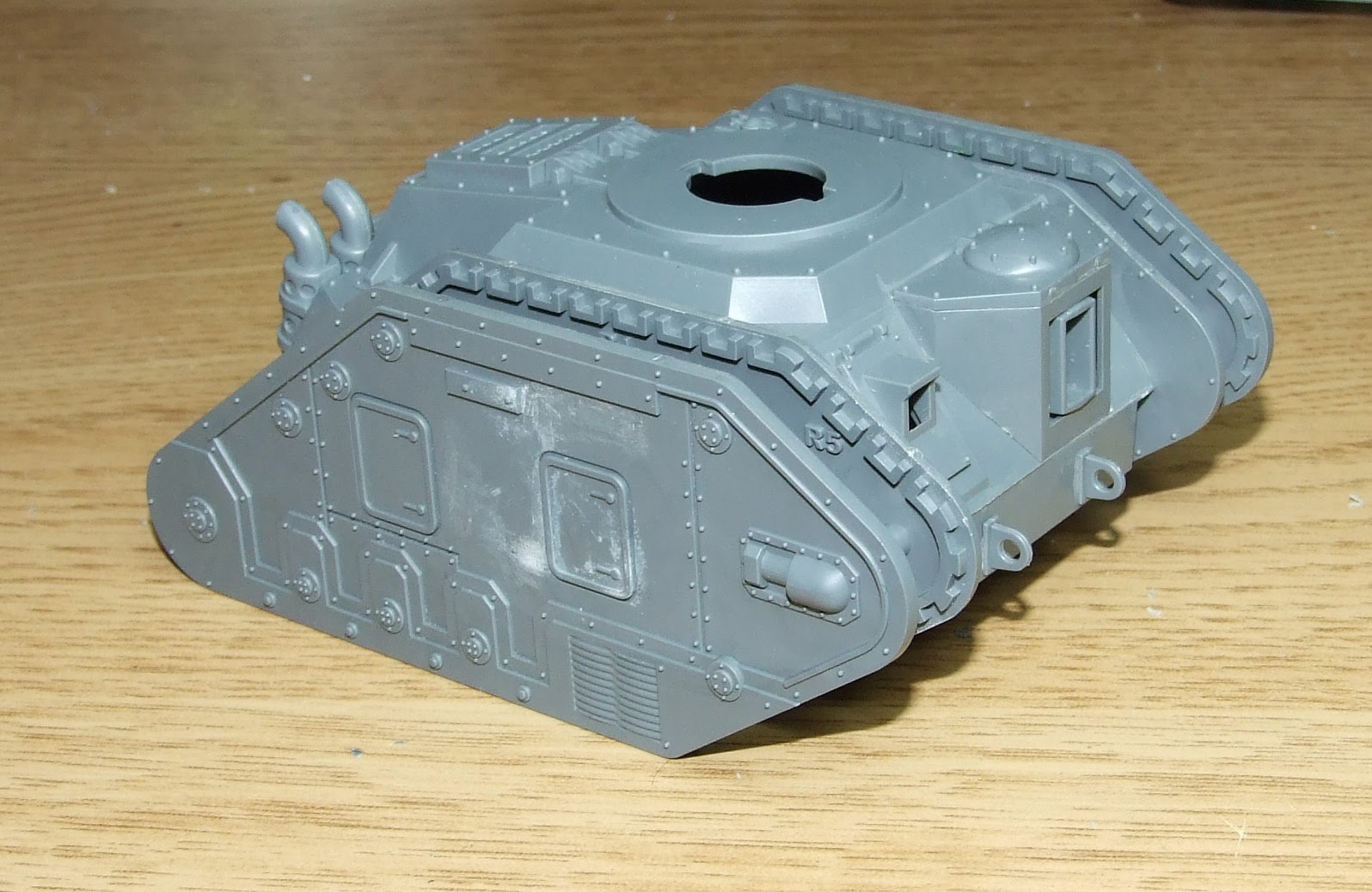 Looks like a rather unassuming Leman Russ, except for the scrape marks and super glue fog on the side of the tank. This is one of the new Russ' and I had to smooth down the areas where the sponsons would be. This was because the protruding areas were getting in the way of my attempts at magnetising the sponsons. 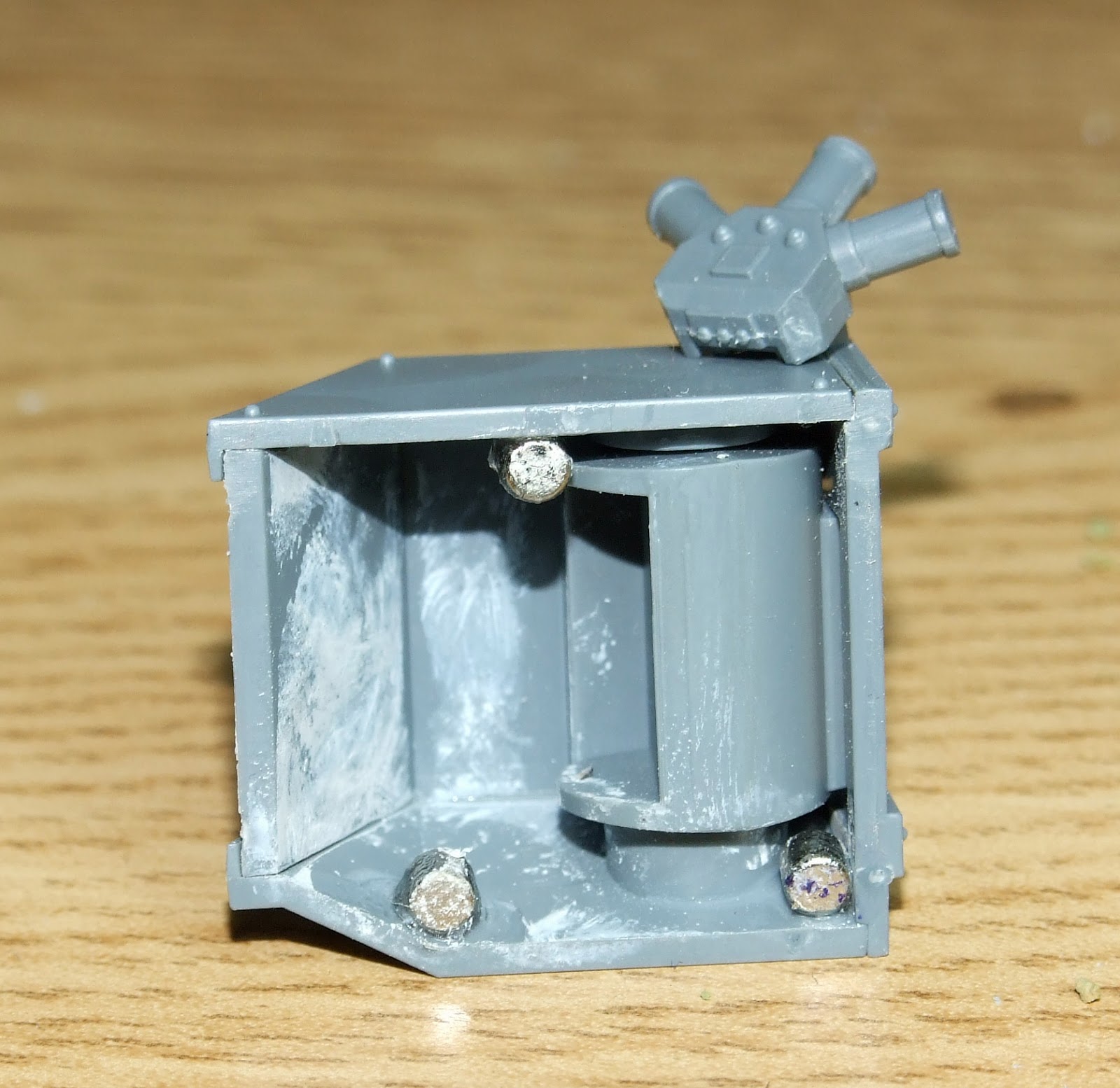 Here are my magnets on one of the sponsons. Again lots of super glue fog, but the sponson weapon will still rotate properly. I was then able to hold the sponson in place on the side of the tank using some more magnets. With the magnets still holding everything together, I drew around them with a pen. The magnets were then taken out the way. Using the pen marks as a guide, I put some super glue in each place and then replaced the magnets, with the matching sponson on the other side so that things were definitely lined up. 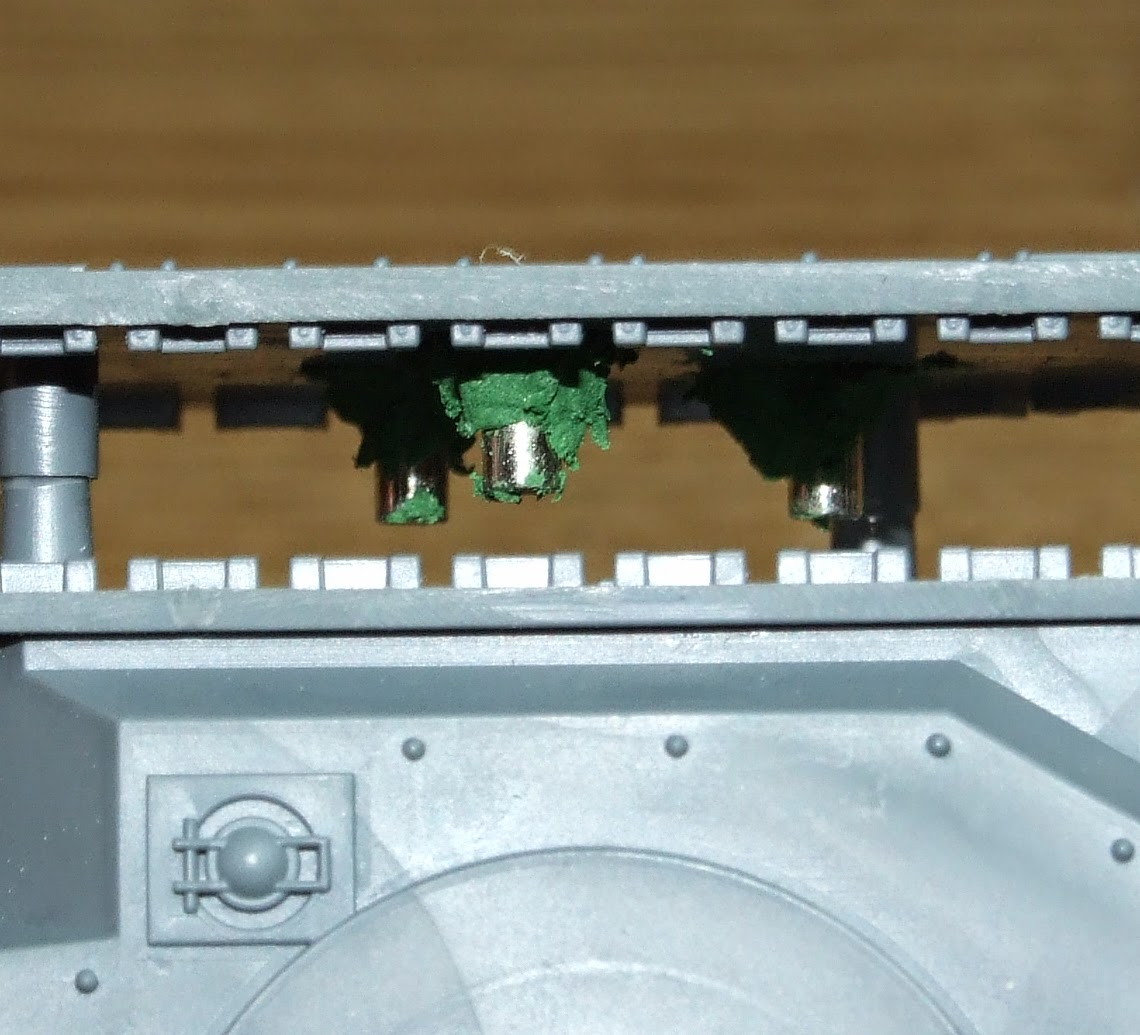 Once the super glue had dried, I followed the advice from a couple of tutorials that suggested using green stuff around the magnets to really make sure they don't go anywhere. 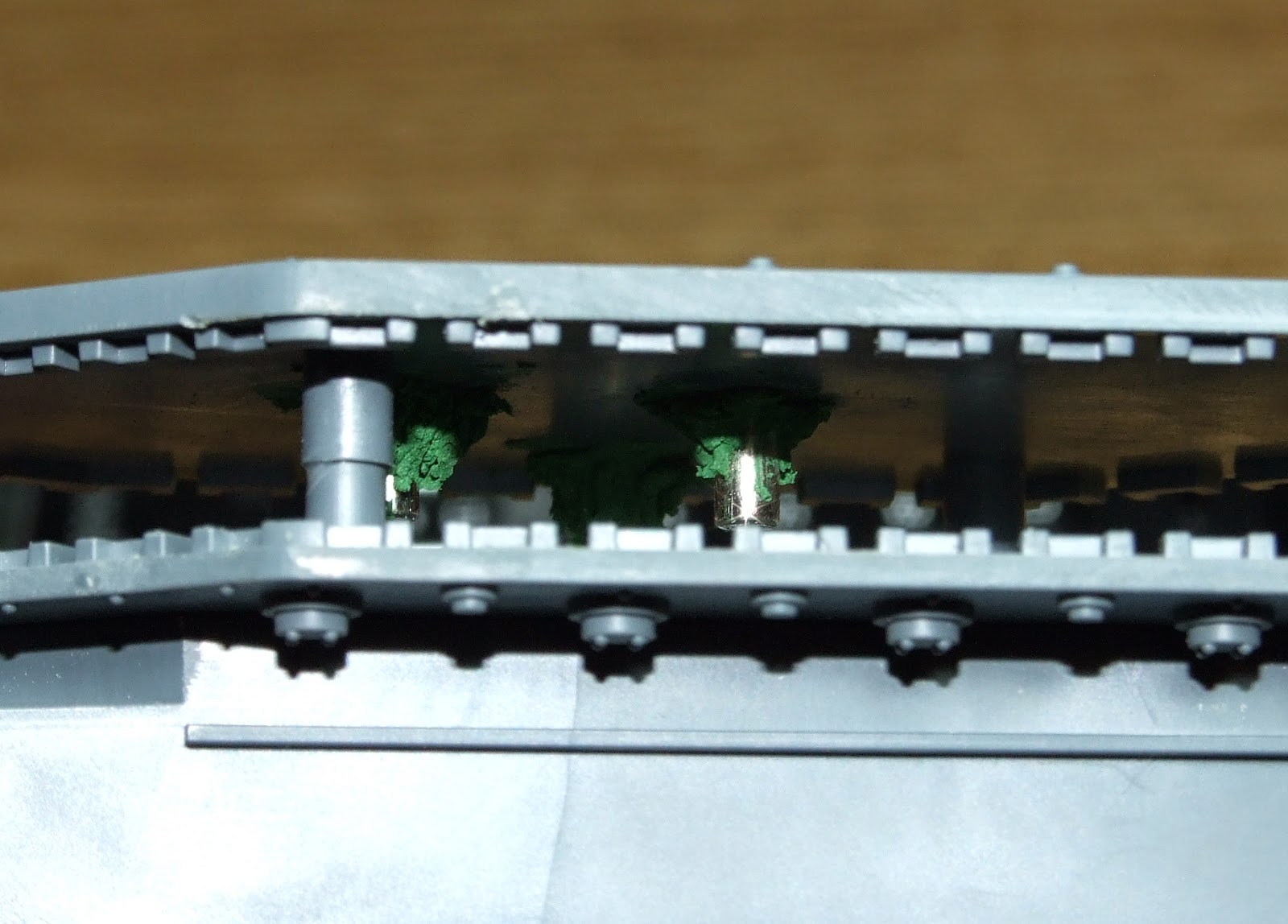 I was out of green stuff, so used the modelling putty I had instead. It seems to have worked just as well, but was a pain to put on. Naturally I went over the top and used loads. 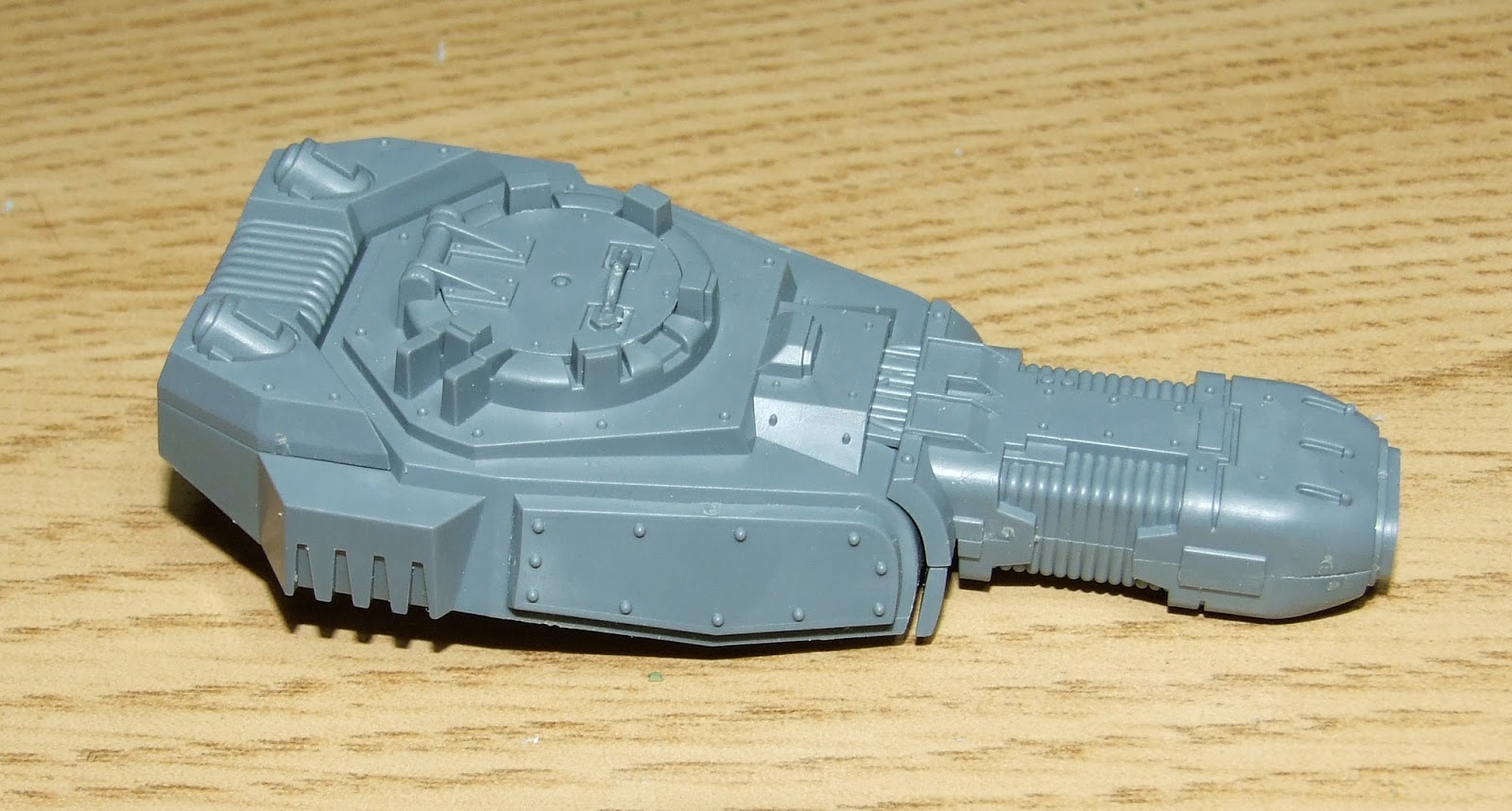 I wasn't finished magnetising just yet though. The turret was next and can be seen above in Executioner guise. 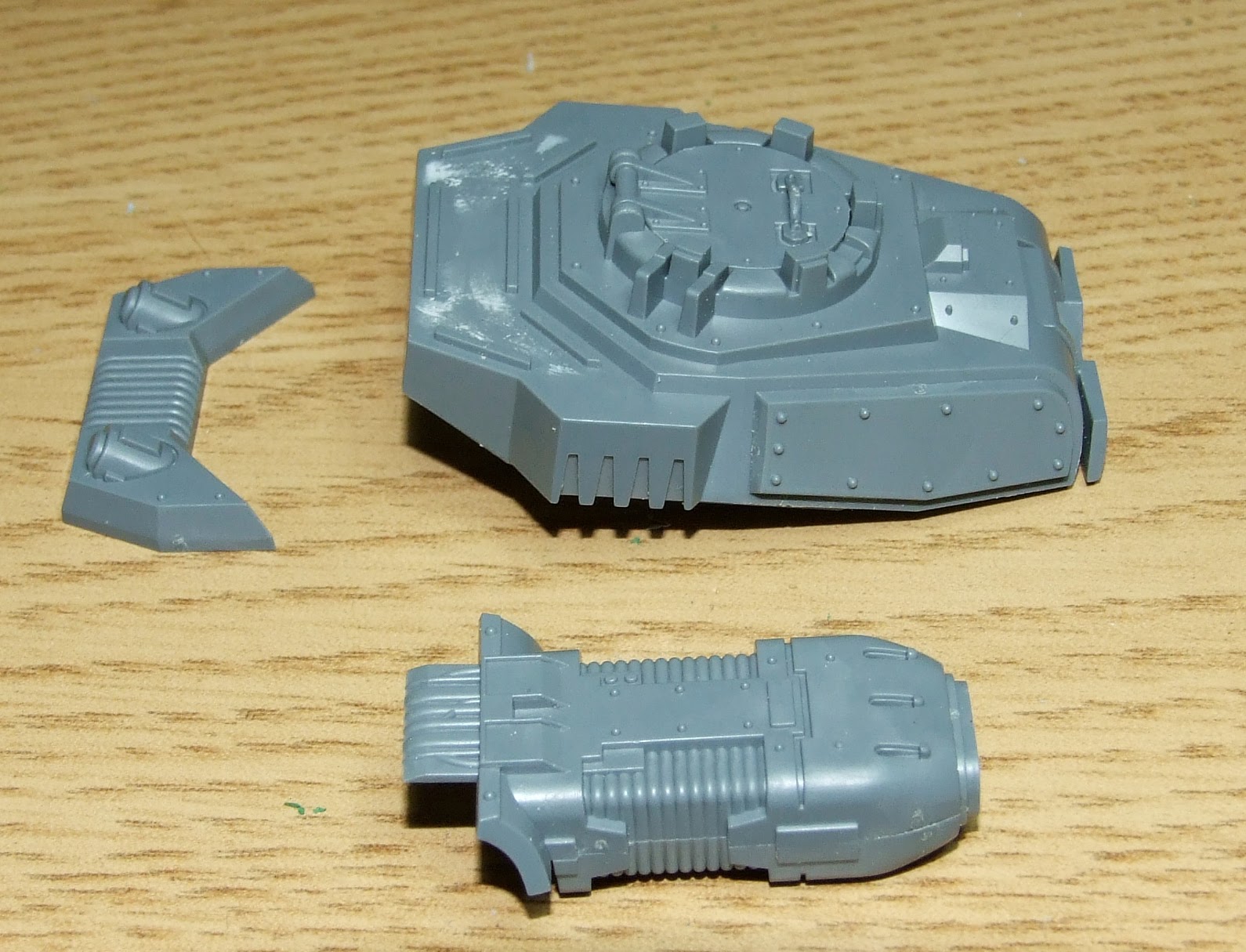 Well both the main weapon and the rear detail are magnetised and can be changed. Unfortunately, I didn't take a photo of the magnets inside the turret that hold the rear detail piece in place, but it was a similar process to the sponsons. 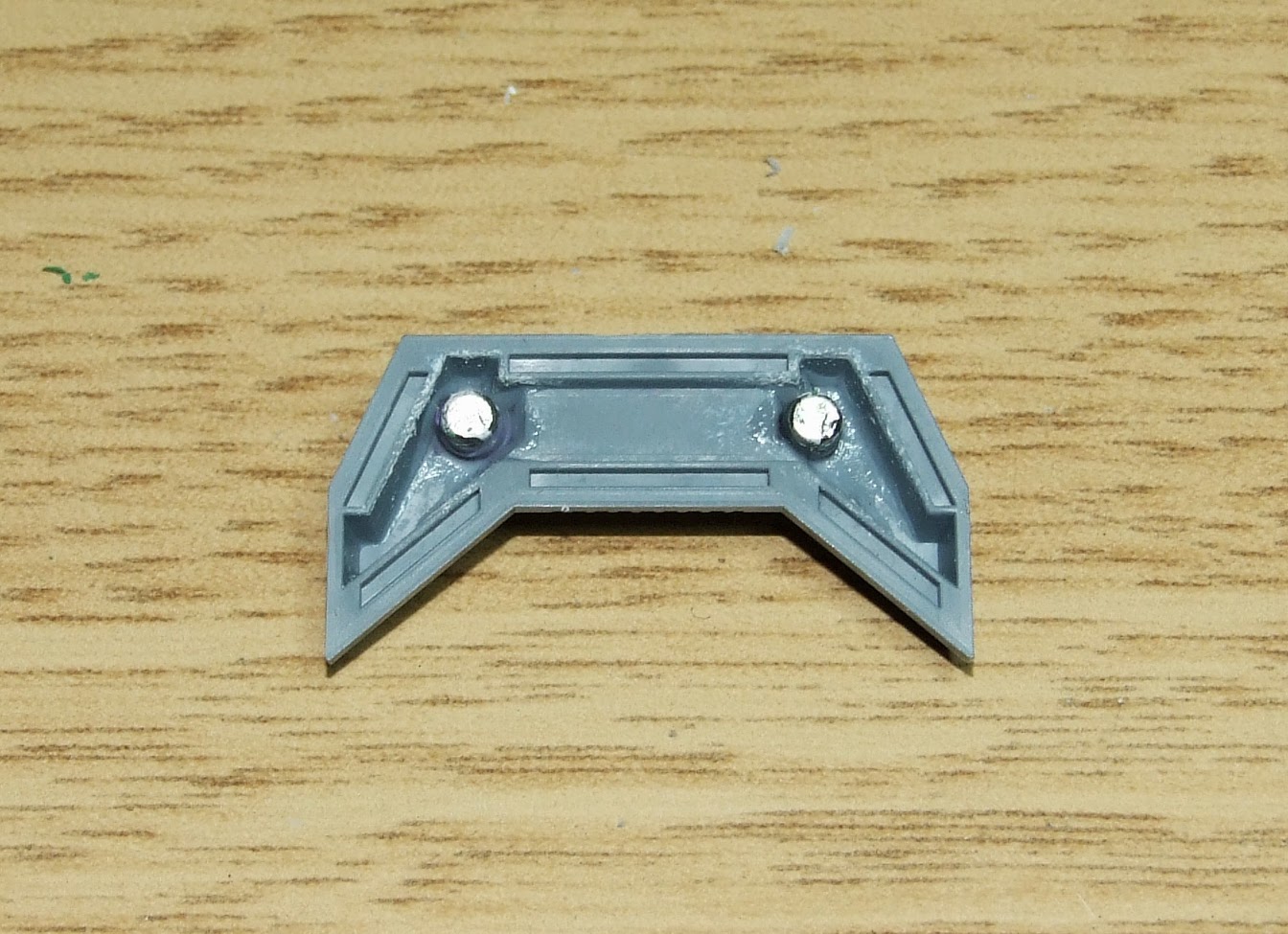 Here is the underside of one of the detail pieces - just two magnets glued in the corners. 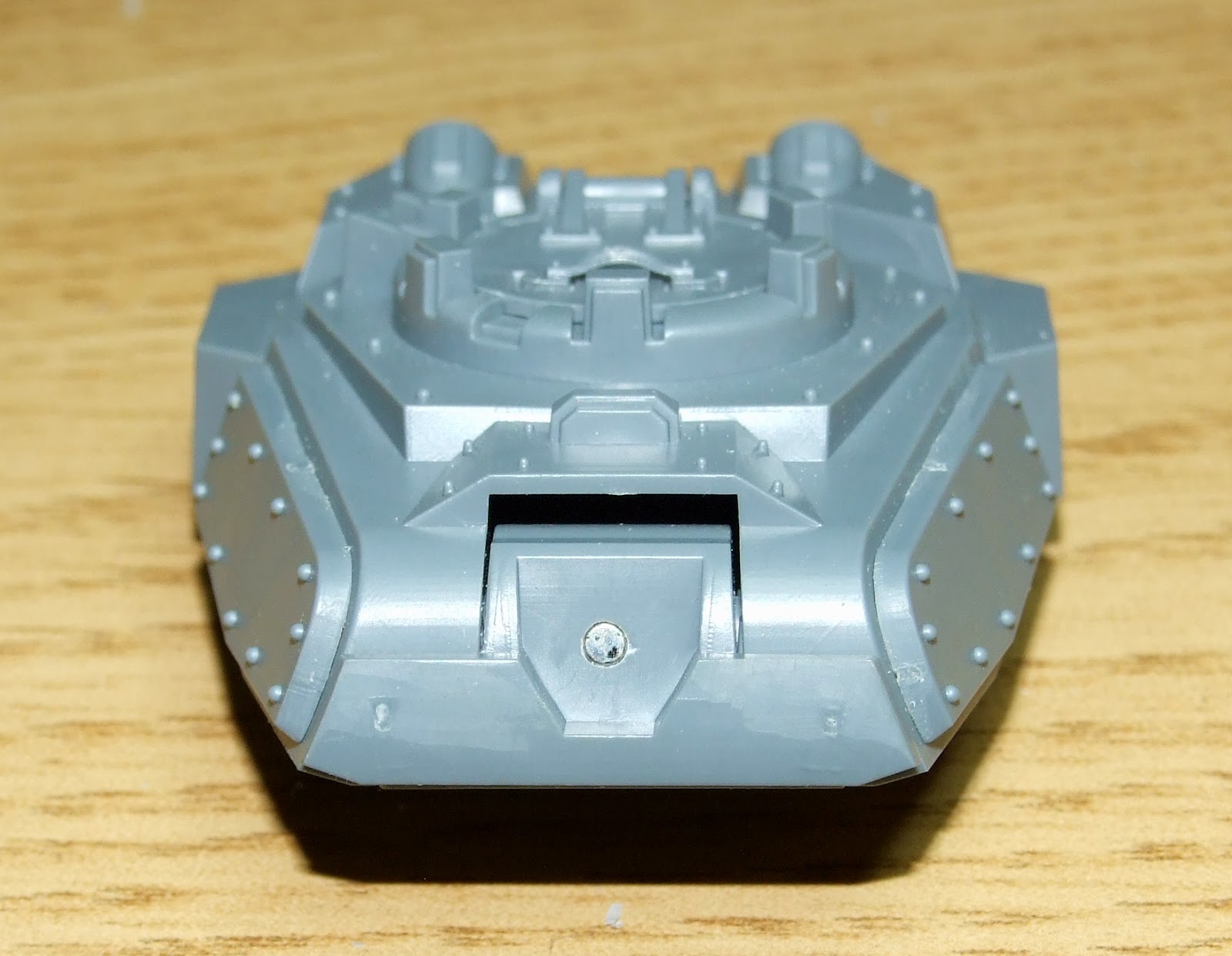 For the main weapons, I drilled out a hole in the centre of the mounting bracket. I then put a small magnet in place. 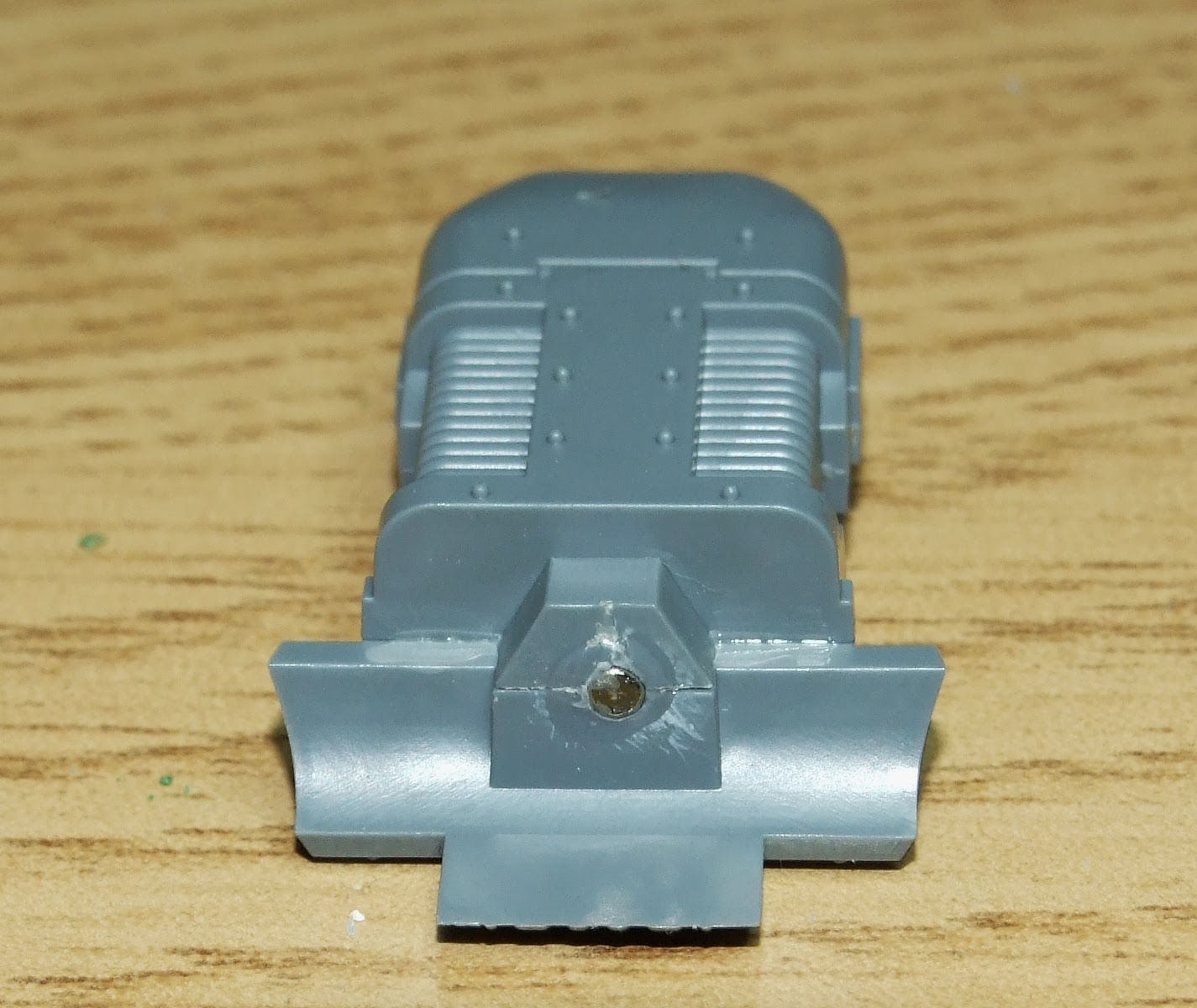 The weapon itself was the same thing. Small hole, small magnet. I think a slightly bigger magnet would work better though. 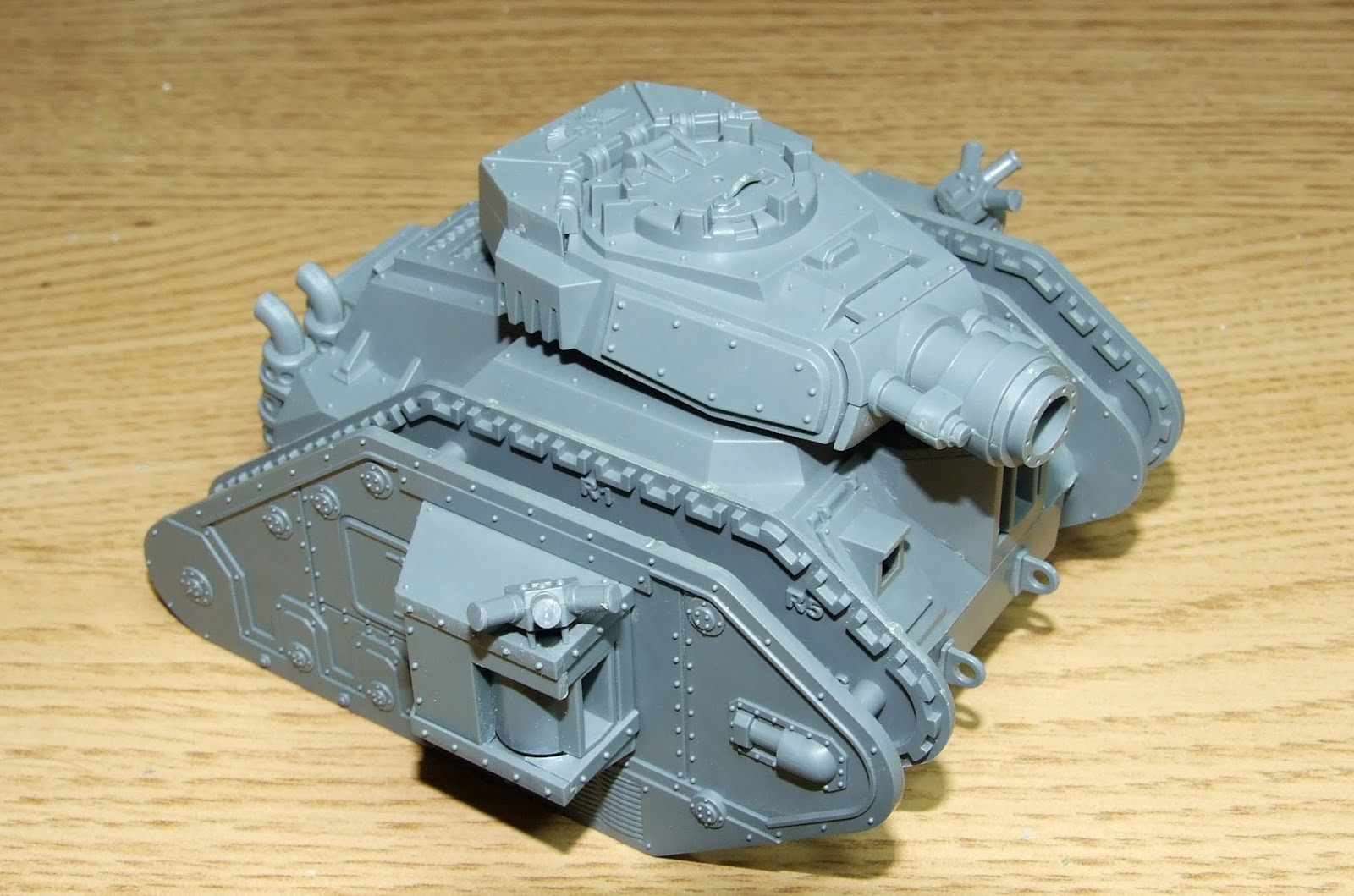 That was all of my magnetising for this tank. And you can see it in Demolisher form with the sponsons above. 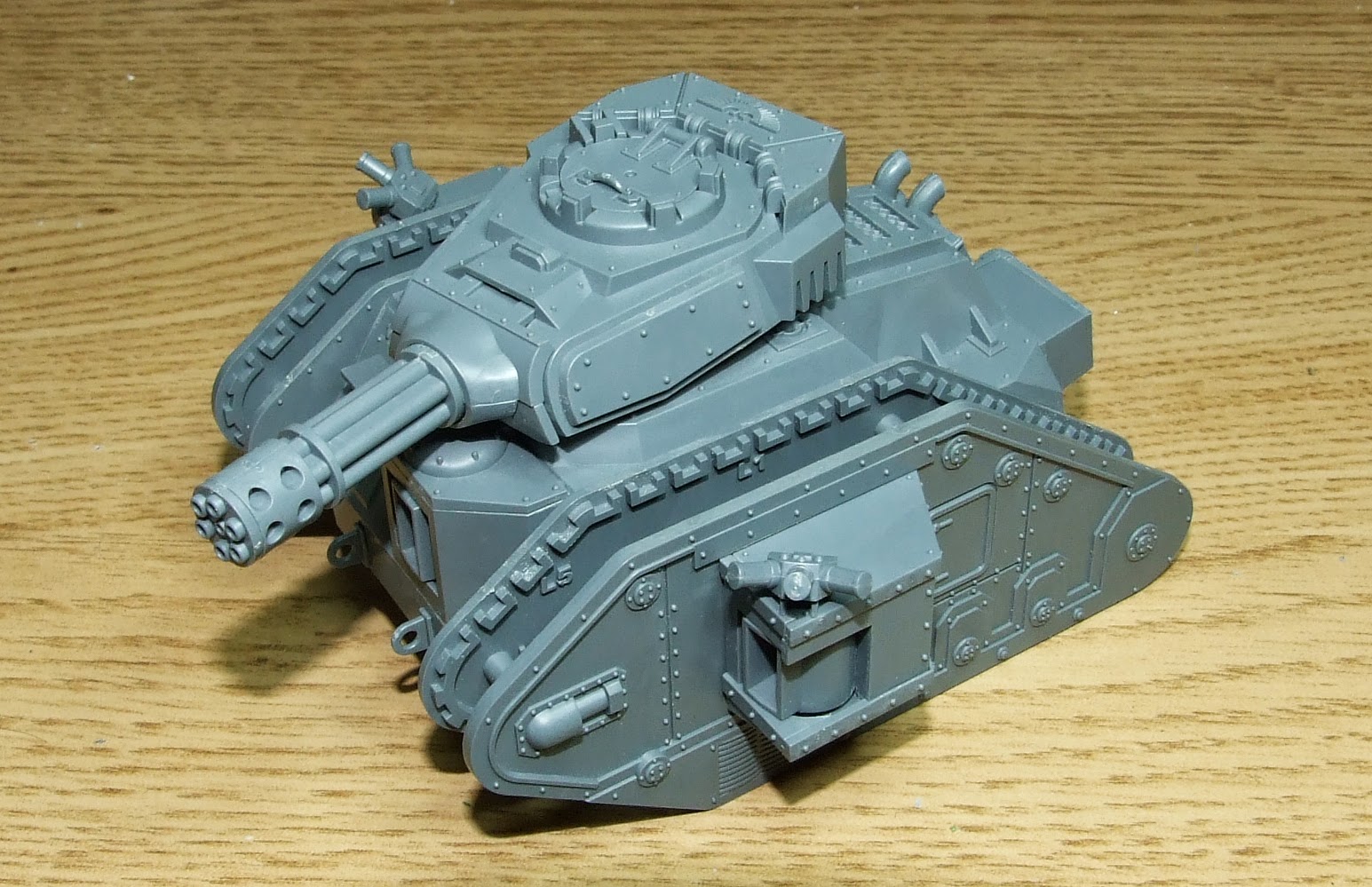 It can of course be used as a Punisher as well. 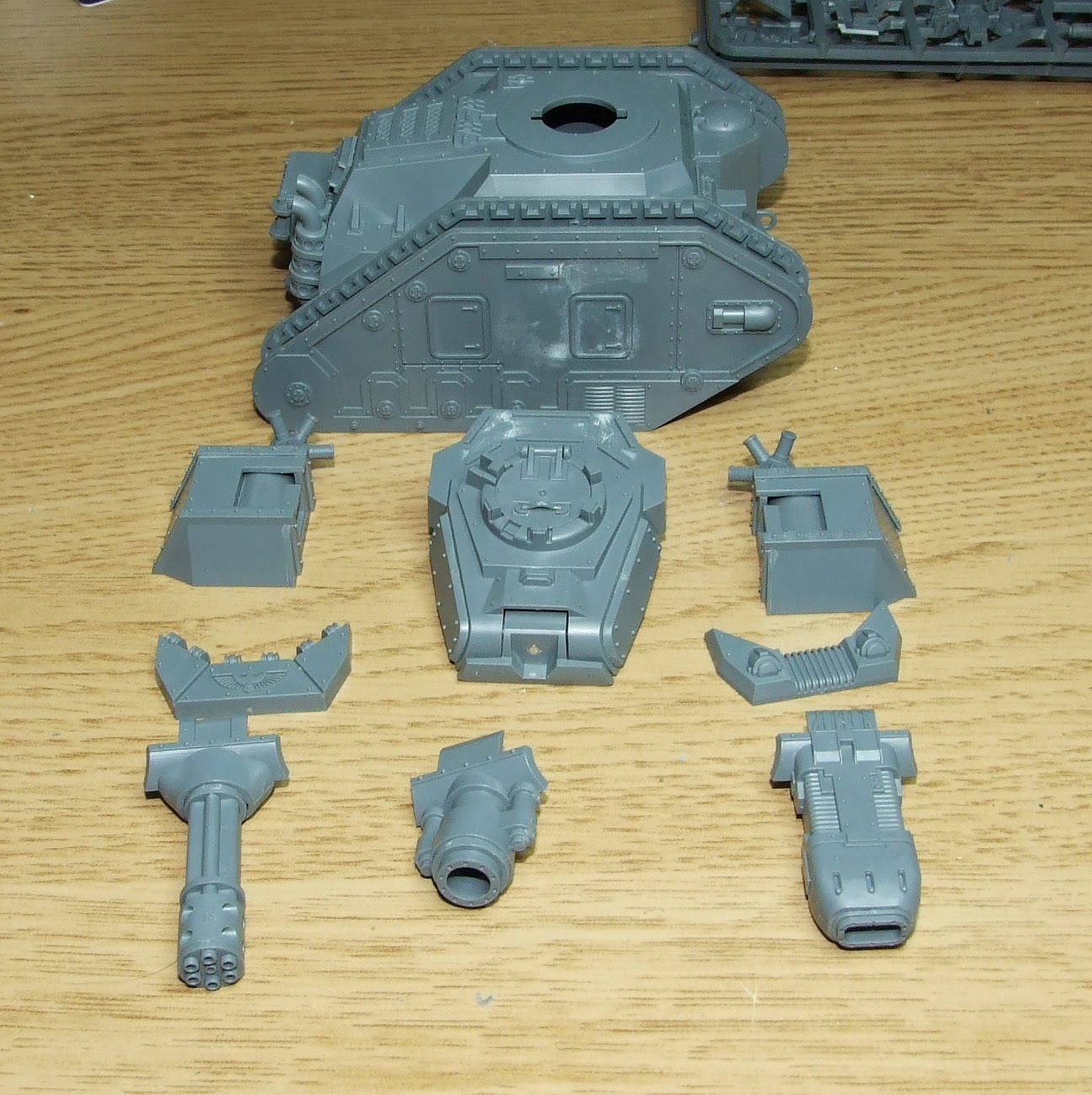 Here are all of the bits and pieces laid out.

A nice simple way of getting the most out of the kit. This was probably the easiest bit of magnetising I have done.

Thanks for reading. Comments and suggestions are always appreciated.
Posted by Cadian 127th at 19:05

Very cool build! All the fiddly magnet work is totally worth it in the end. Looking forward to seeing it painted up!

That's some great magnet work. I am now terrified...my idea of "reinforcing magnets has been putting a "large glop of super glue on the back".