I knew that putting the Hellhound back together was going to be a bit of a pain - see part 1 for more info. All of my dryfit tests showed there would be gaps in a lot of places which no amount of filing or cutting would easily get rid off. Instead, it would be a battle with green stuff and superglue. 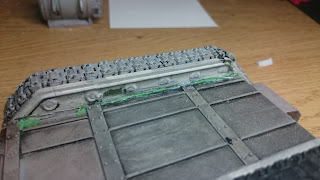 The underneath of the tank was where some of the biggest issues were. I used superglue to attach everything and had to hold it together for a few minutes as the side sections kept trying to detach themselves from the hull. 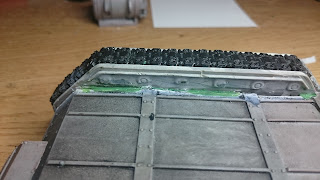 Once the super glue had dried, I used some green stuff to try and fill in the rather large gaps. I'm not really sure where the tank has joined properly so I went with filling as much as I could. The biggest gaps were at the rear where the resin section was not as wide as the Chimera base. A bit of green stuff later and most of the gaps were taken care of - though I will have to revisit some. 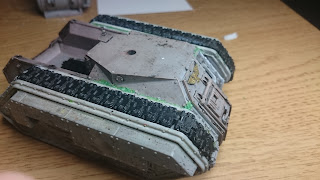 Things on this side of the tank weren't quite as bad and only required s small amount of filling. There was a chunk missing at the front that was more challenging to fill, but I used the flat edge of my knife and the flat edge of a sculpting tool to get the green stuff as square as possible. 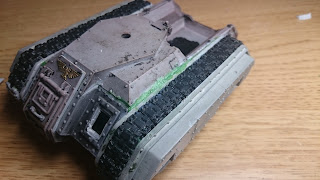 The other side was more difficult and there was a substantial gap between the resin and the track unit. Some of the green stuff fell through the gap and is now rattling around inside the tank which is a tad annoying. I took a bit more care after that and managed to get the gap filled in. 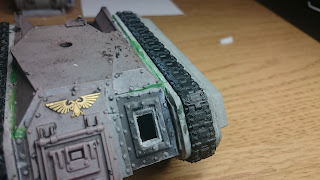 Where the resin top joins to the hull also needed some filling which wasn't too bad. At this point I had run out of mixed up green stuff so didn't completely fill the gap. Once everything has dried/cured I'll gently sand it down to tidy up my attempts. 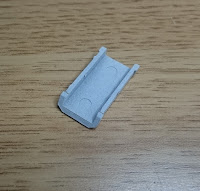 As I know the clean up will never be amazing, I will cover up some of the issues with some track armour. To get all three pieces to fit right, some modification needs to be done to the medium piece. In the right hand picture there are some faint cuts where the piece will be sawn off. 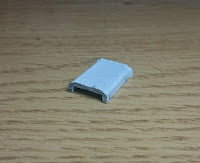 A little bit of sawing later and I'm left with a flat (ish) edge which will connect nicely to the larger track guard. 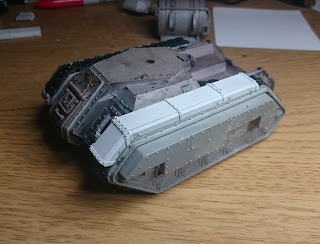 A quick mock up using some blu tac to hold everything in place. Obscures the view of the green stuff quite well whilst giving the tank a bit of a more rugged look. 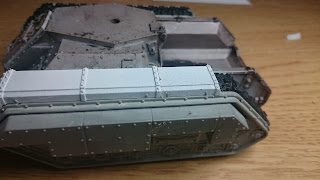 And here is the join. I need to smooth the edge's down to get a better fit before gluing anything in place.

The promethium tank will be attached next and I also need to try and straighten the Inferno Cannon.

Ah resin. Should be called, greenstuff and FW, a match made in frustration :).

@ Greg - could be their new slogan, not sure how well it would go down with the marketing department. I've got even more fun FW to attack next as well!

Nice recovery of an expensive bit of kit. Nice

@ Siph_Horridus - cheers, it's getting there! Just spied another one on eBay as well! :)