As well as the Imperial Knight that I alluded to in my previous post, I've also done a little bit of work on my growing Space Marine force. I managed to get a box of Terminators from Hobby Craft when they had them reduced, and then got a little bit more off with my student discount. 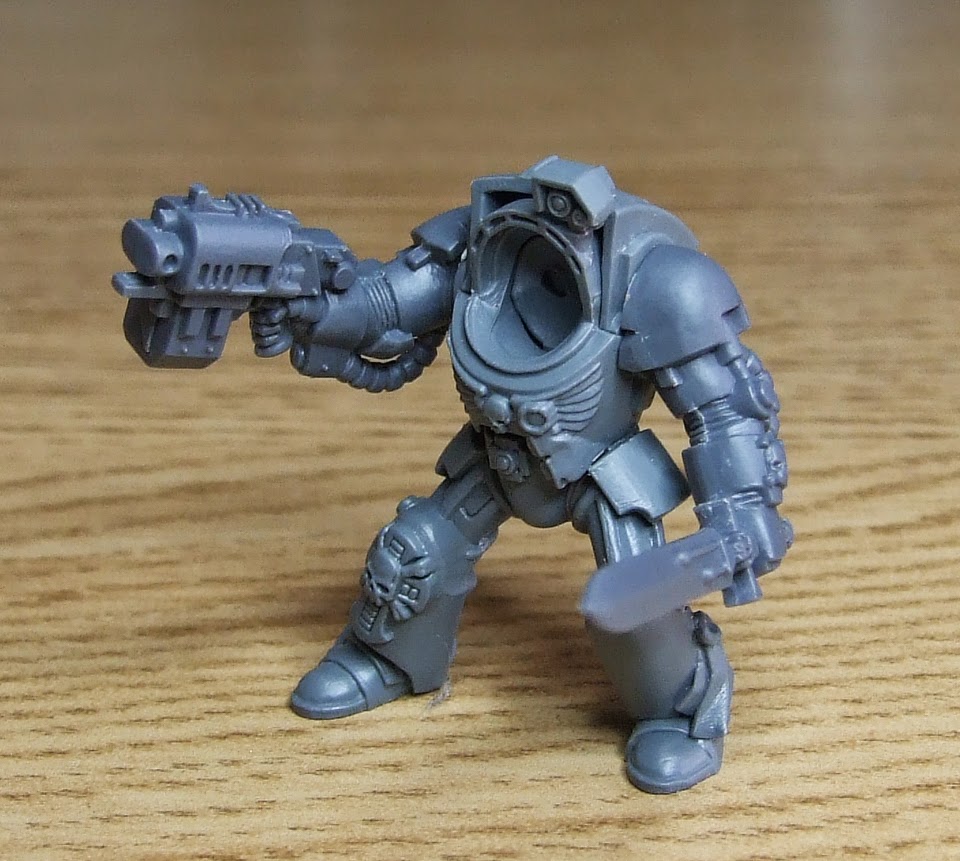 Starting with the Sergeant. Usual stuff of Storm Bolter and Power Sword. These are pretty much the positions the weapons will be in, though the Bolter will be a little lower. I will of course drill the barrels. 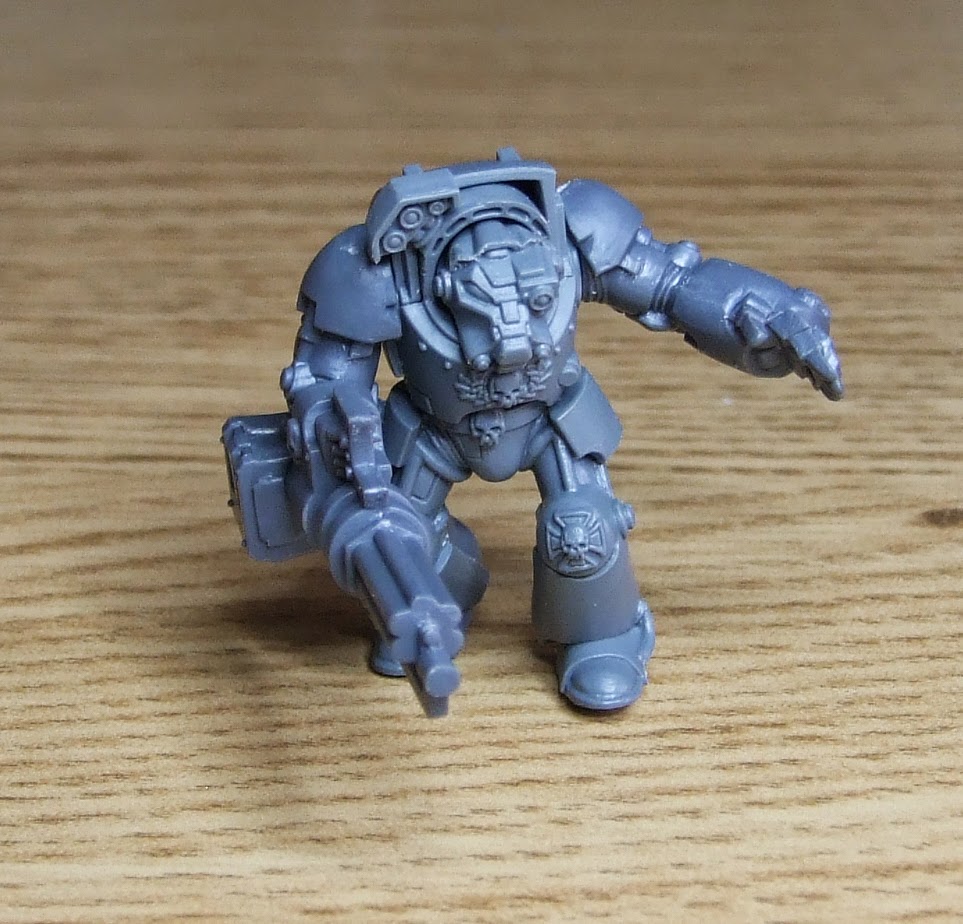 Assault cannon toting dude. I went for something a bit more dynamic here. I think that the sweeping fire look to this guy is quite cool - especially considering the lack of other poses in the models. 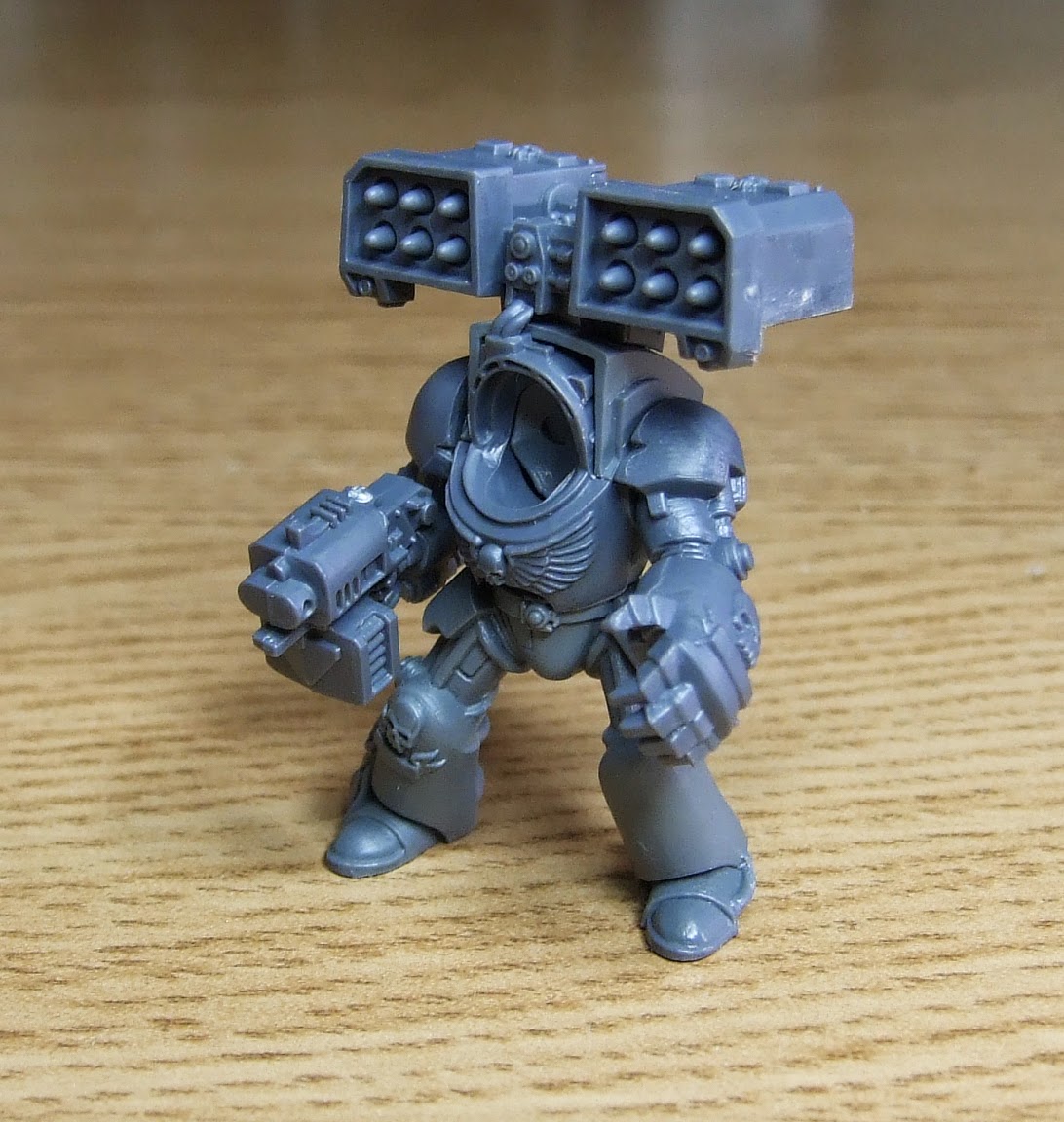 And here is the Cyclone Launcher. This guy looks a bit squat so I might change his weapons around as the model looks too top heavy. I'm also assuming that I can't legally field both heavy weapons in a squad of 5 but meh! 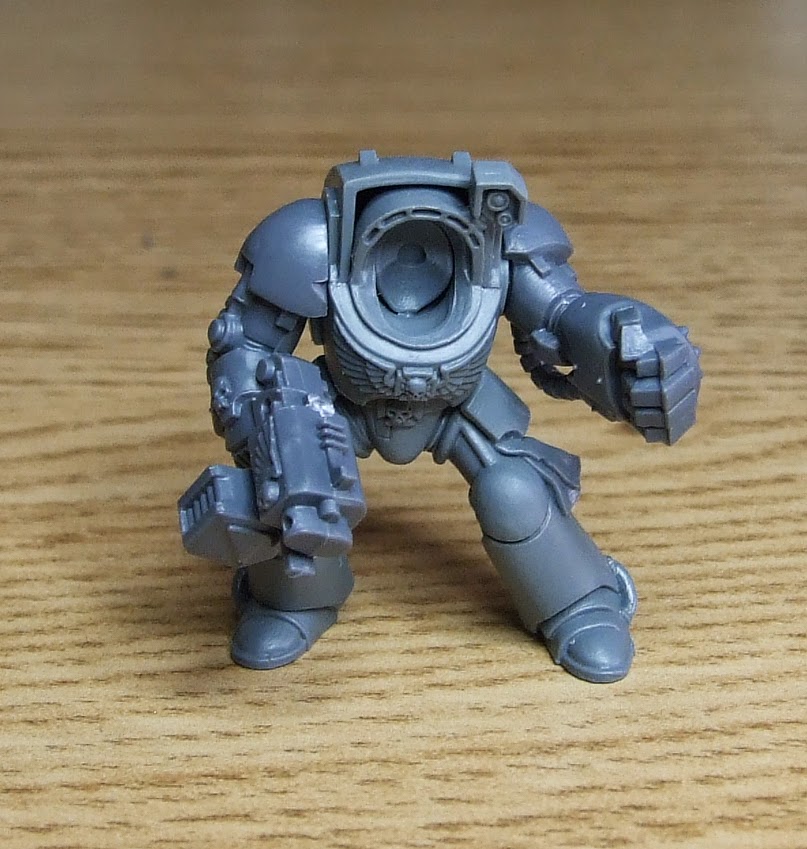 Standard load out here. I will probably have this guy looking where his bolter is aiming, maybe just finishing his foe. 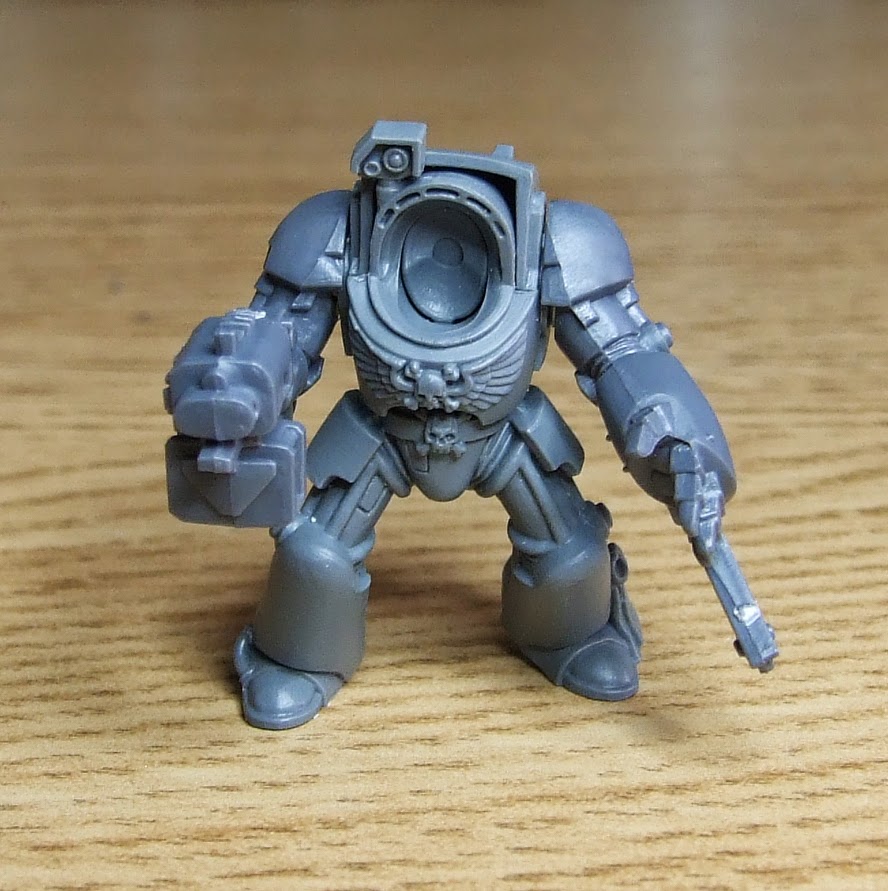 And last but not least is the Chainfist Terminator. At lot will be done with the positioning of the heads on these guys just to add some character to them. And all those extra gubbins that can be stuck on will come in handy as well.

Thanks for reading and stay tuned for some Knight related pictures.
Posted by Cadian 127th at 15:12