Another week off work and more progress on the unbuilt/part built models. I'm still not allowed to use any paints and I have to wear a mask when using glue as well as having every single window open in the house to get rid of the fumes. Anyway read on for more on the Capricorn Pattern Chimera.


If you've not seen my previous posts, Part 1 can be read here and Part 2 here. So the final bit of work that I needed to do was magnetising the dozer blade. I had done this to my other 2 Chimera's but kind of as an afterthought. 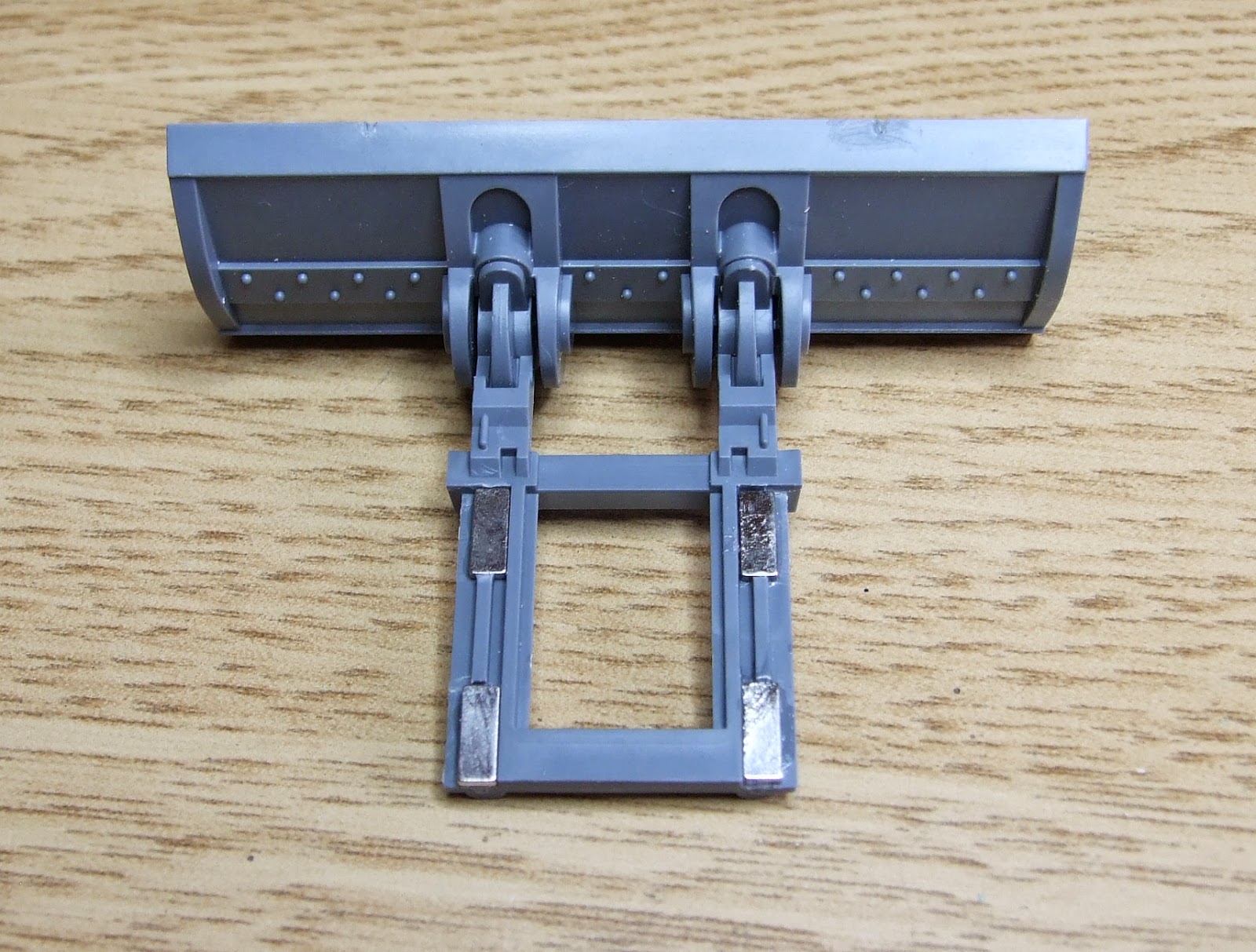 I began by building the dozer blade as normal. Then I marked out the length of the magnets I would be using and cut the plastic groove out. A little bit more trimming was required to make them all nice and snug. The magnets were then glued in place with super glue. I made sure the polarities were all facing the same way. 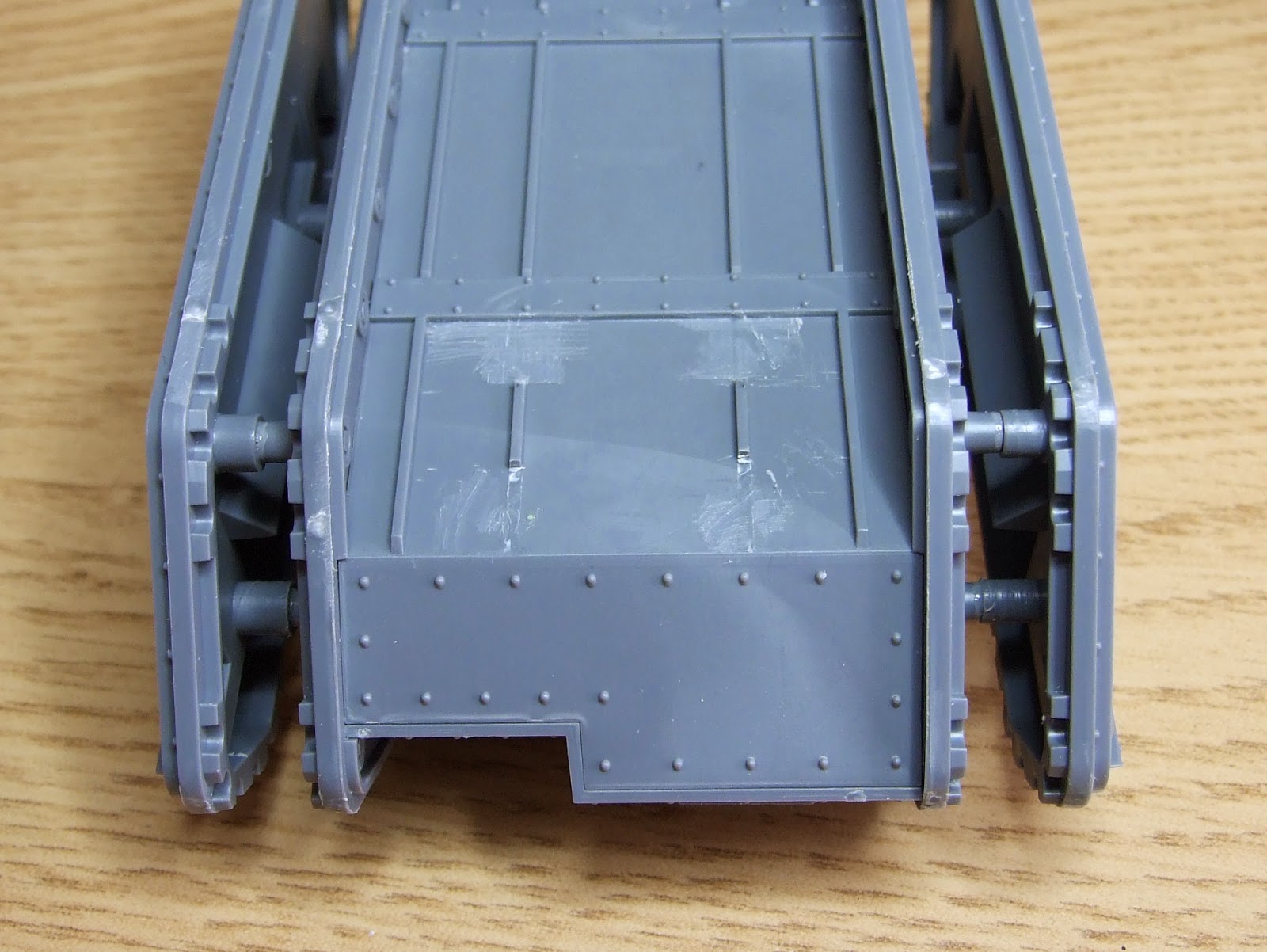 I'm hoping by the time I get around to making another Chimera that I might actually do the magnetising BEFORE I glue the side sections on. That would make it easier not only for getting the magnets in but also for cutting the grooves on the underside of the tank.

I used another magnet to measure up these sections and trimmed the plastic out the way. It's not very tidy, but who cares as you won't be able to see it anyway!

As you can see there are no magnets visible on the bottom. That's because I glued them on the inside before any of the hatches went on. This was pretty tricky and involved a bit of fiddly work. First off I placed magnets inside to hold the finished dozer blade on. Then I drew round them with a fine pen. I then took the magnets back out before applying a little bit of glue to them. Using a drill piece, I was then able to place the magnets back in one at a time in the correct place. Simple! (Or a massive pain, I'll let you decide) 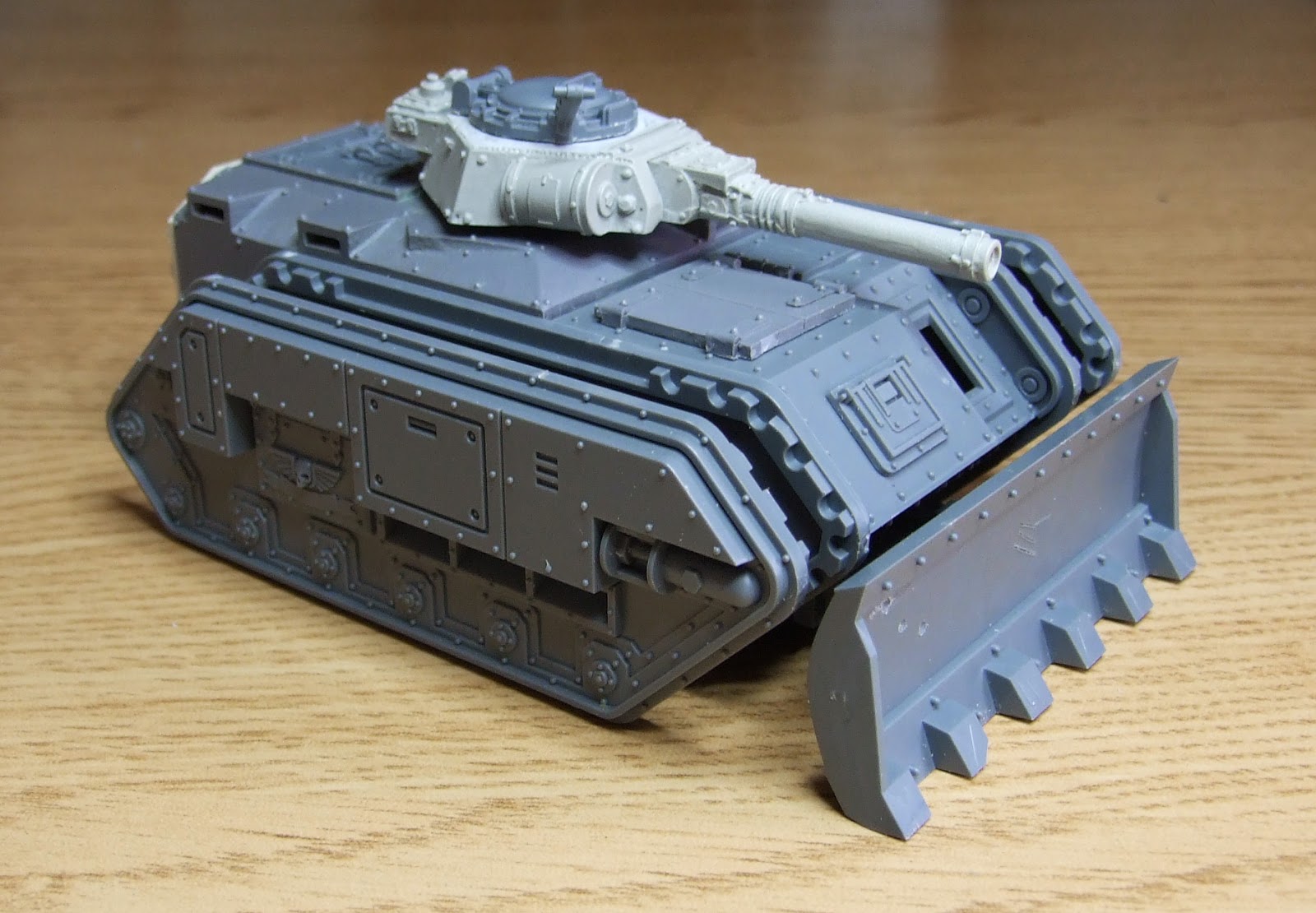 With my fun with the magnets done, I could glue the top hatches in place and then let the marvellous power of magnetic fields do their trick with the dozer blade. Oh and the remaining grooves on both the blade itself and the underside of the tank mean that everything lines up perfectly.

With that little project completed as far as it can go without paint, it was time for something bigger. I've got a Baneblade sitting on the shelf that needs to be built and I'm thinking it'll be a four sponson variant. My aim will be to have it toting 19 guns! Oh yeah! 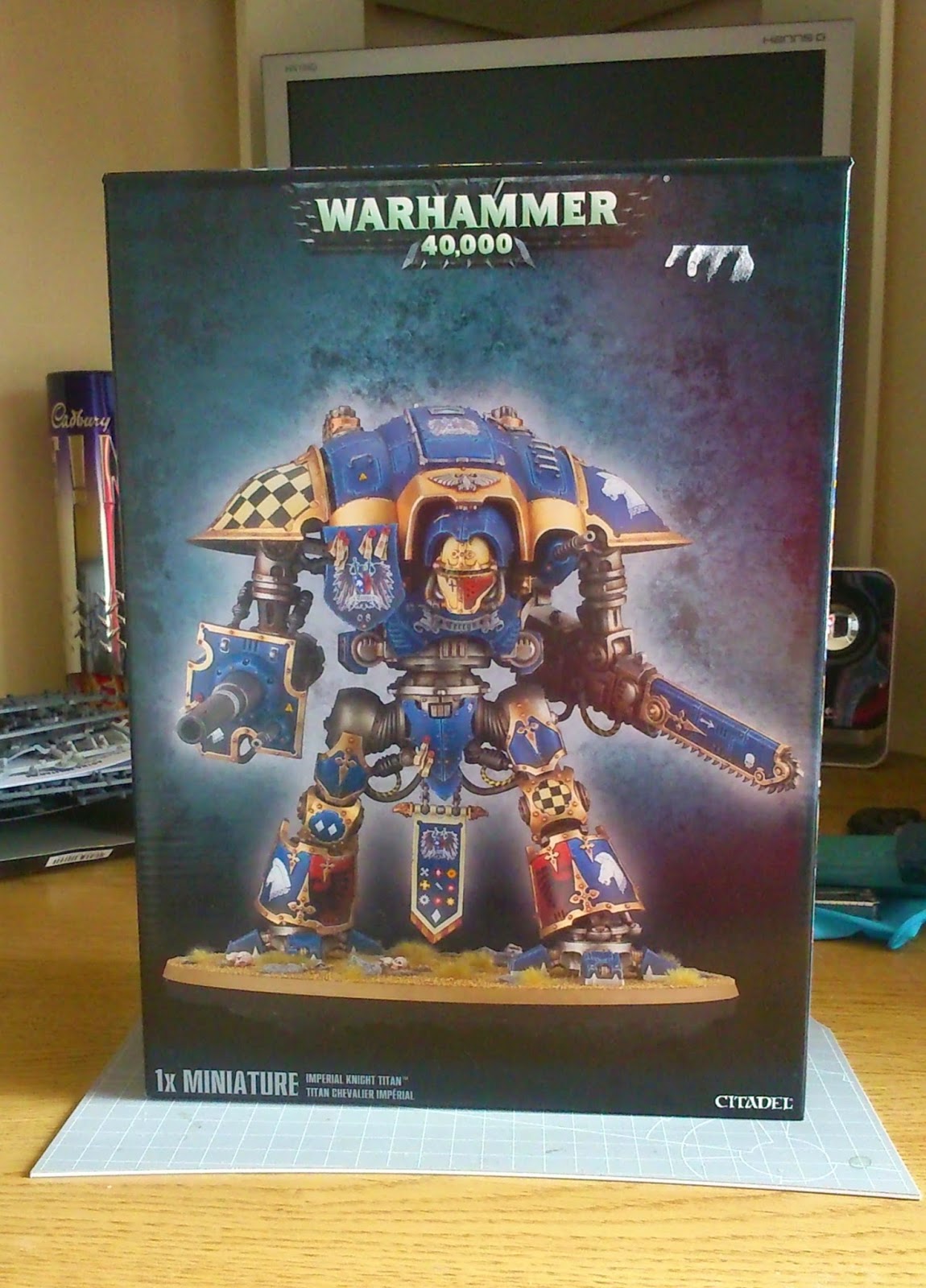 My amazing wife decided to treat me and buy me an Imperial Knight! So I'm building that instead!

Thanks for reading and as always feel free to leave comments etc!
Posted by Cadian 127th at 16:31