At the end of the last post I left you somewhat hanging on for more pictures of the Bastion. I ended up having to go and buy more paint, just to be sure, as I was running a bit low on all three colours. Carry on reading for a look at what happened next. 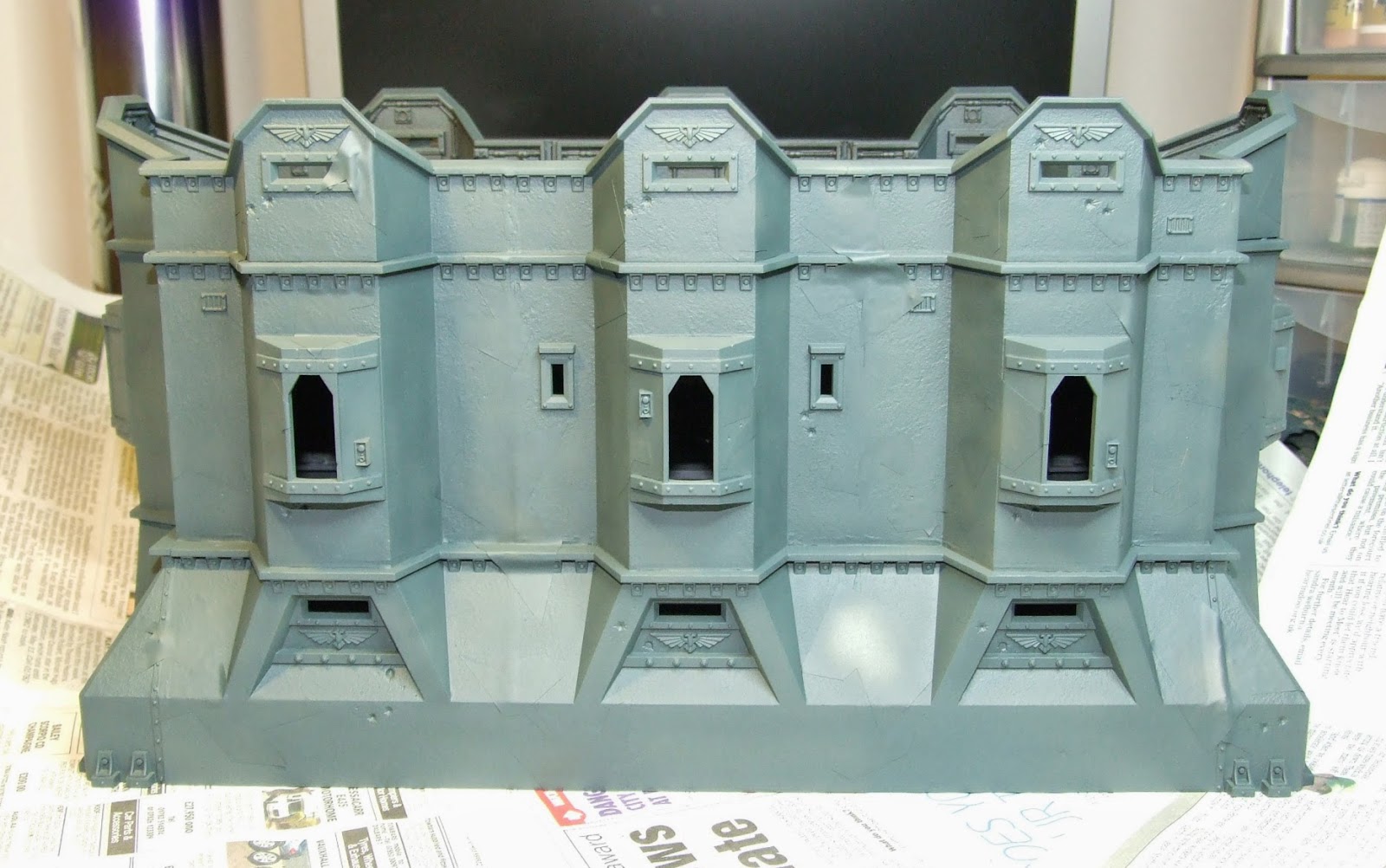 With the second layer of stencils laid down, I grabbed the airbrush and some VMA Black Green (021) and set about laying down some nice smooth coats. 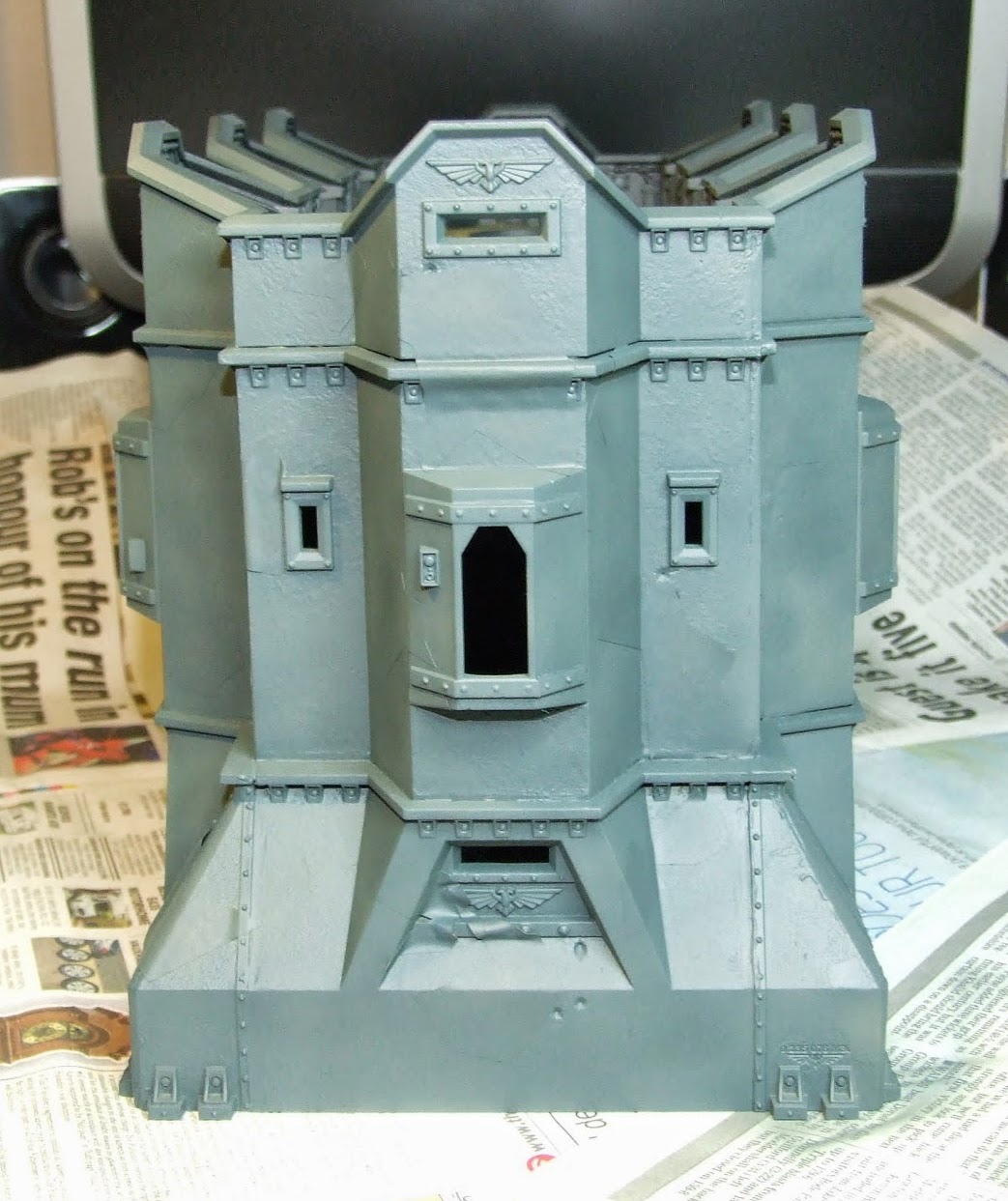 As with every colour so far, I put down 2/3 light coats so that the detail wouldn't be obscured and also to avoid any pooling (which had happened with the base coat). 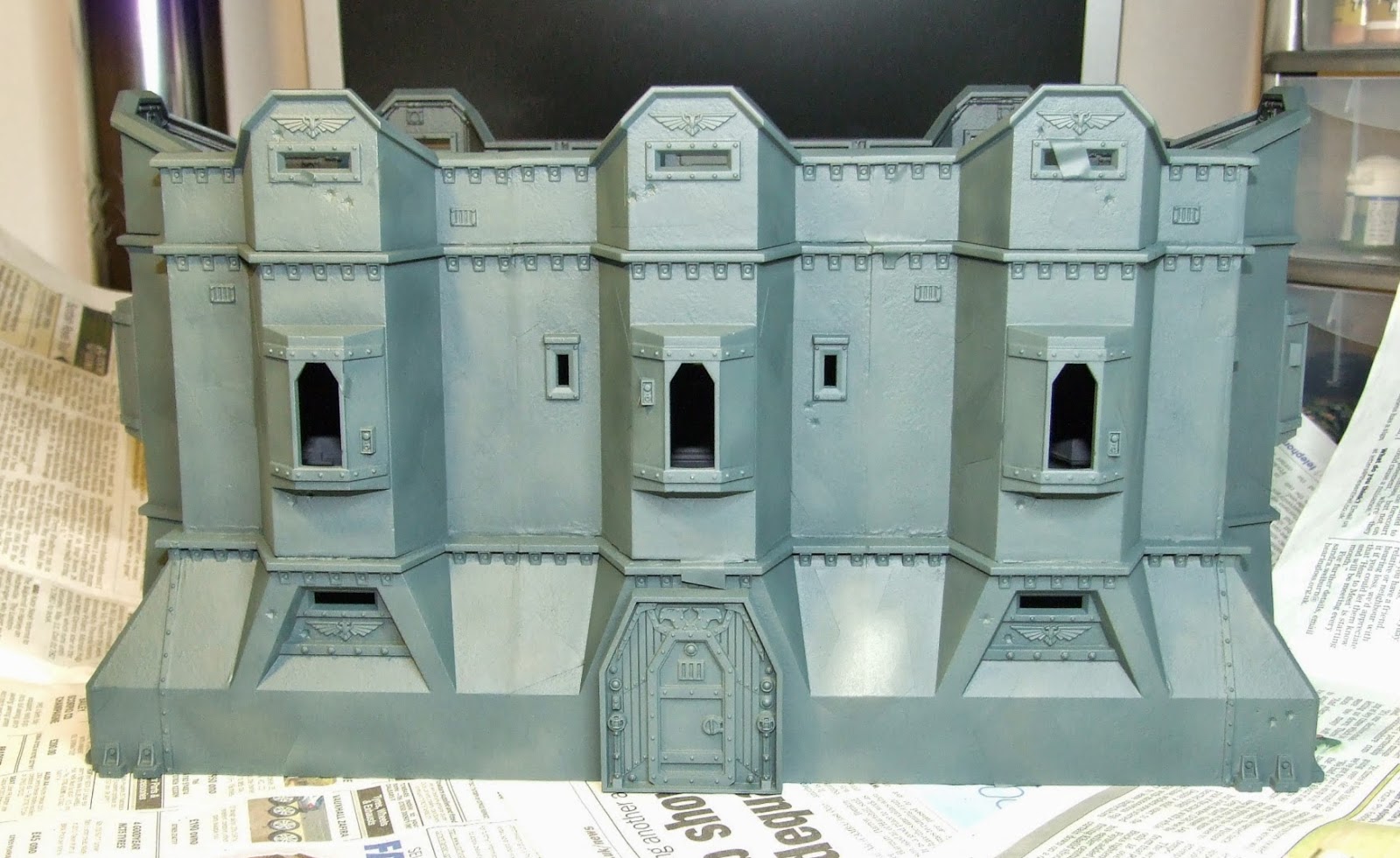 A nice view of the front. You should be able to see where the stencils are still. I made sure I put this final dark colour into the armour slits as best as possible, without applying too much paint. 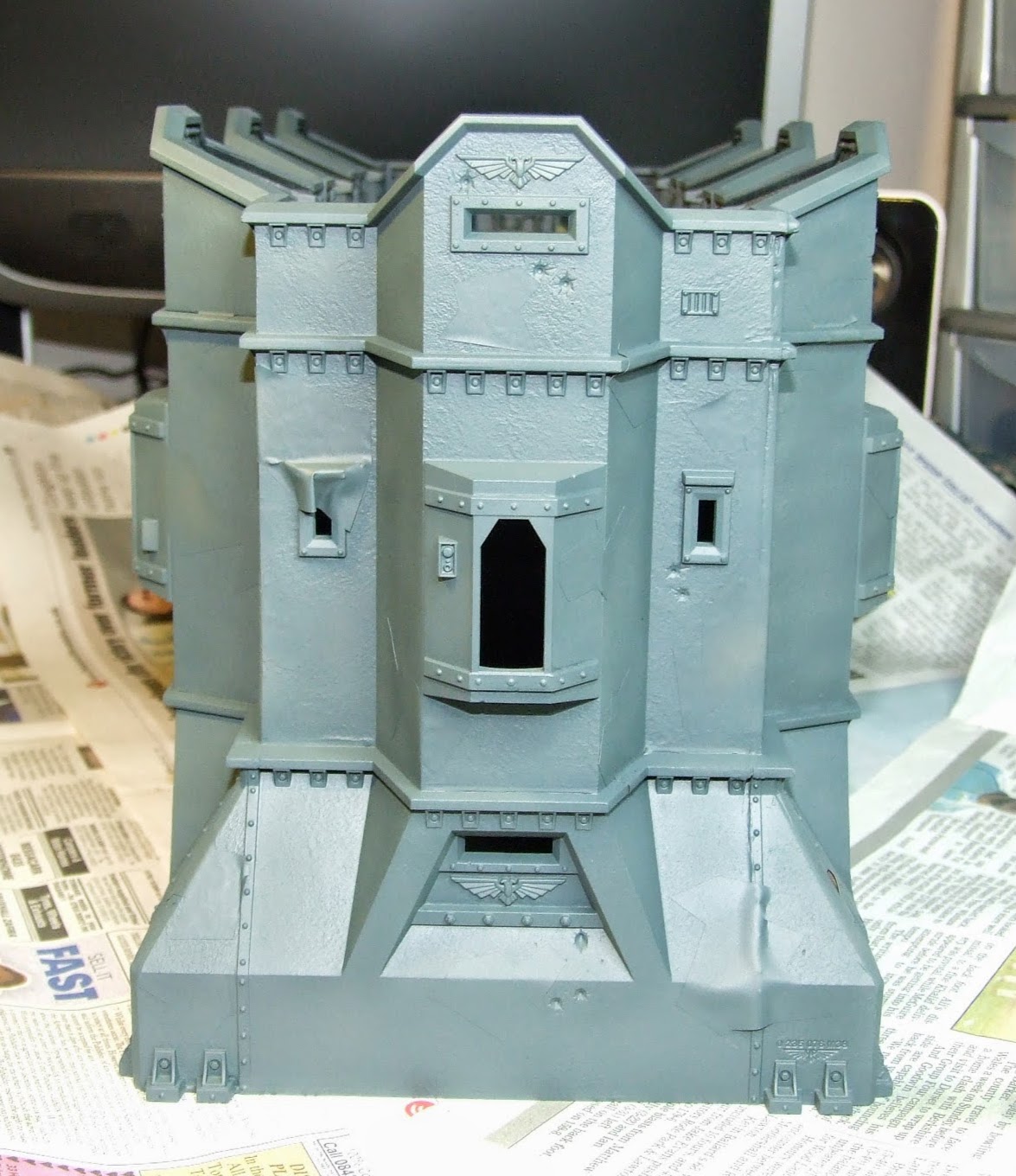 There were a few areas that were a bit rough from previous coats, but in the end the colour went down really well and I like how good the VMA range is for coverage.

Now it's time for me to stop spraying paint everywhere and actually remove the stencils..... 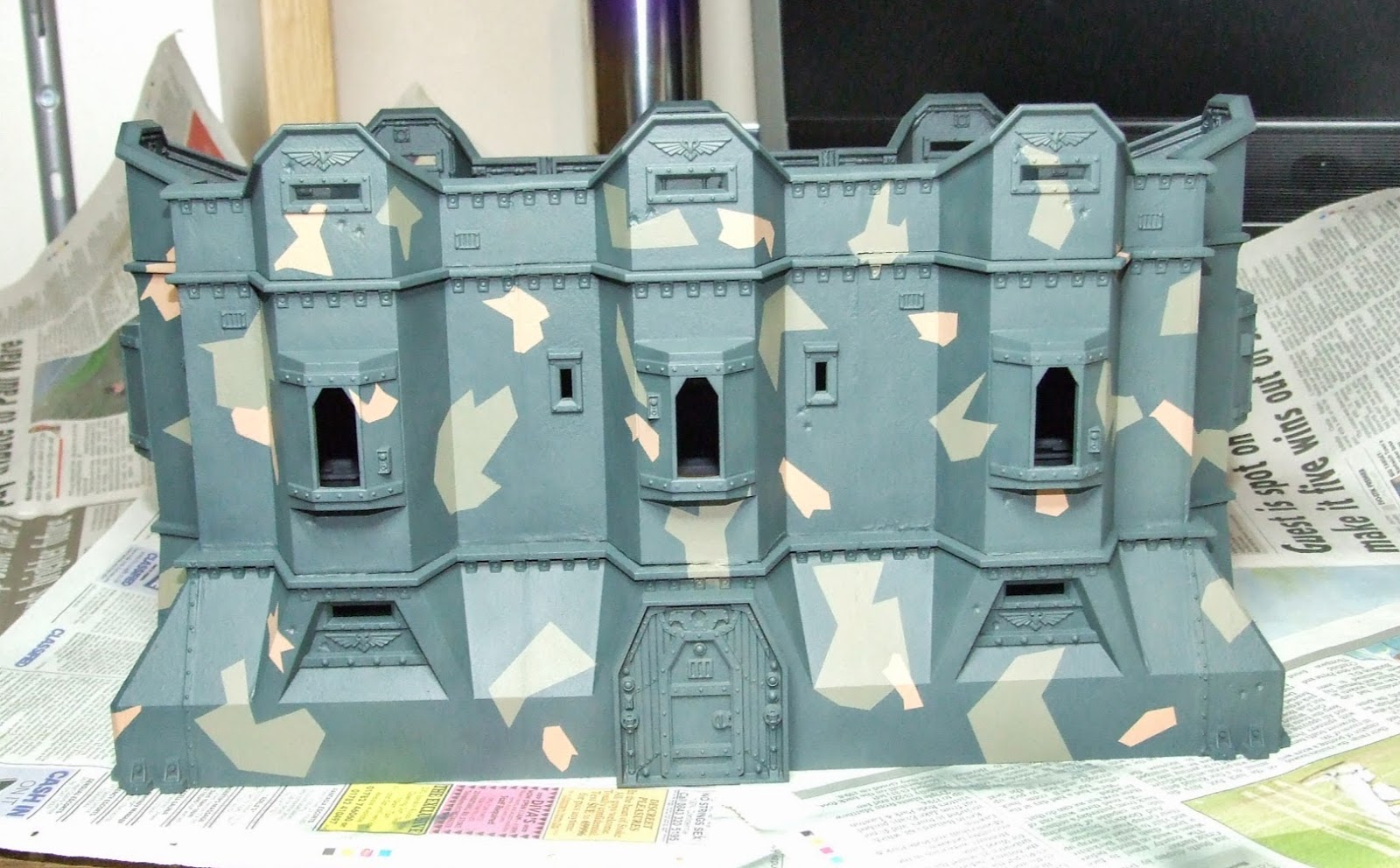 Ta da! Not quite what I was aiming for, but impressive nonetheless. I definitely think that I should have put more stencils on this side as there seems to be a bit too much dark green. If I could combine the bottom right section with the middle and top parts of the middle section then I think it would look less sparse.

This end I'm very happy with though. Again maybe there is a bit too much dark green, but I didn't want the camo to be everywhere. 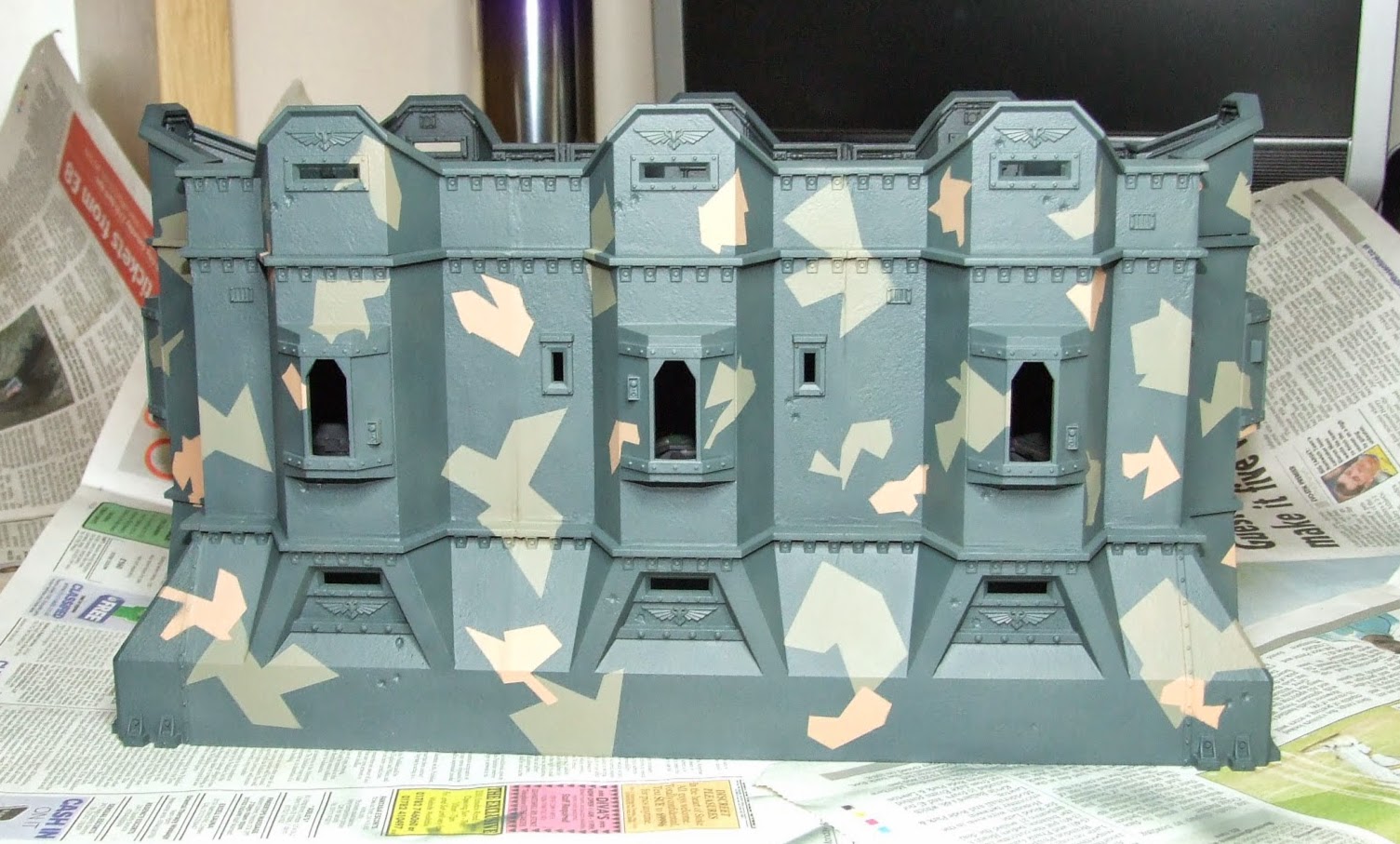 Again I'm happy with how this side turned out. I'm considering trying to add some more camo to certain areas of each side using the negative method that Anarchy models describe here. 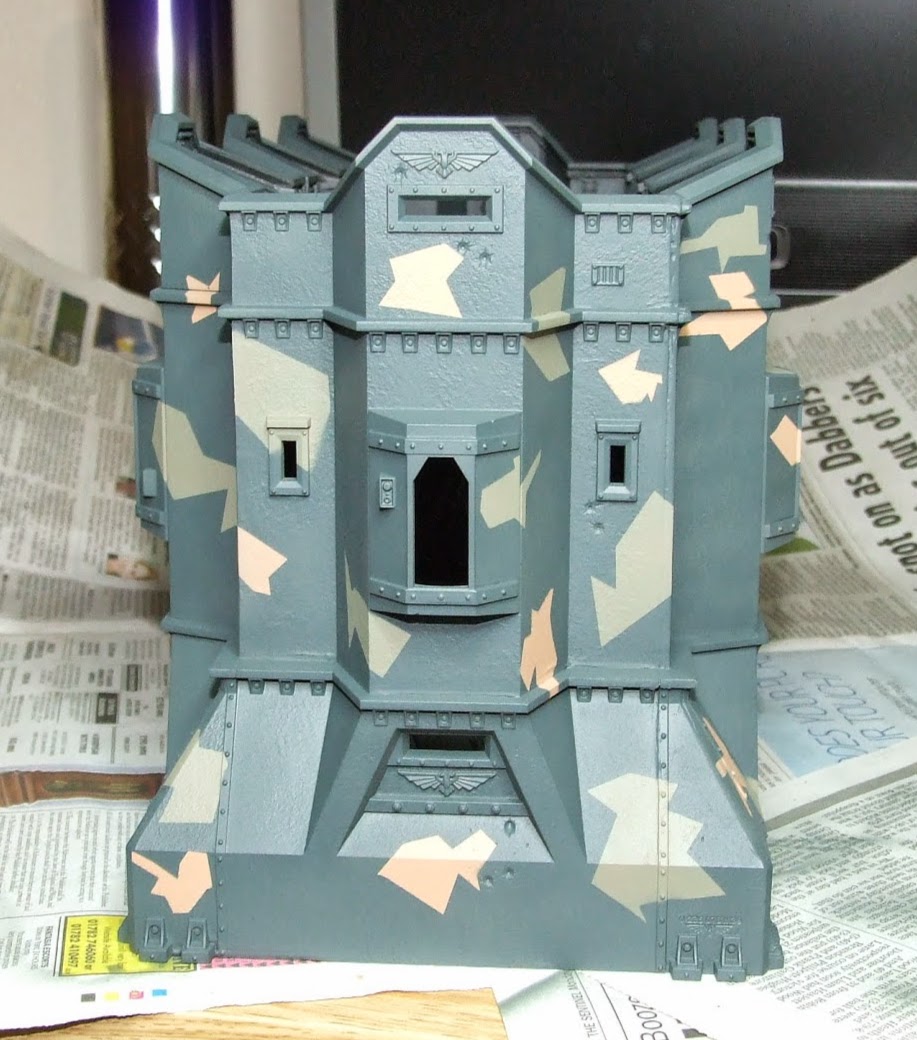 And the final end. I think I'm happiest with how the short ends turned out. Maybe it's because there isn't as much of an area to cover/break up. Overall though I like how the Mega Bastion has turned out through using these. They were much easier than trying to use masking tape to create the patterns, I've tried a similar style on some of my Leman Russ' and it's not fun with masking tape.

With this being my second attempt at using the stencils, I'm very happy with using them and I believe that with each layer my skills improve. I think that the next time I use them, I will try out the negative method, as this way I might not have to paint everything on the model 3 times!

Thanks for reading. And as usual any comments, suggestions or questions are appreciated.
Posted by Cadian 127th at 16:03