I managed to get in a game of 5th Edition a few weeks ago. This was at a mates, and against him and another pal. The game was just a 3 way kill everything game. The point limit was 1500pts.

I took about 3000pts worth of my Imperial Guard, so I was able to choose a relatively diverse force. The other armies were Black Templars, led by Shaun, and Orks, led by Neil. We weren't being particularly strict when it came to the FOC, and just tried to pick units that looked like they might be able to kill each other. 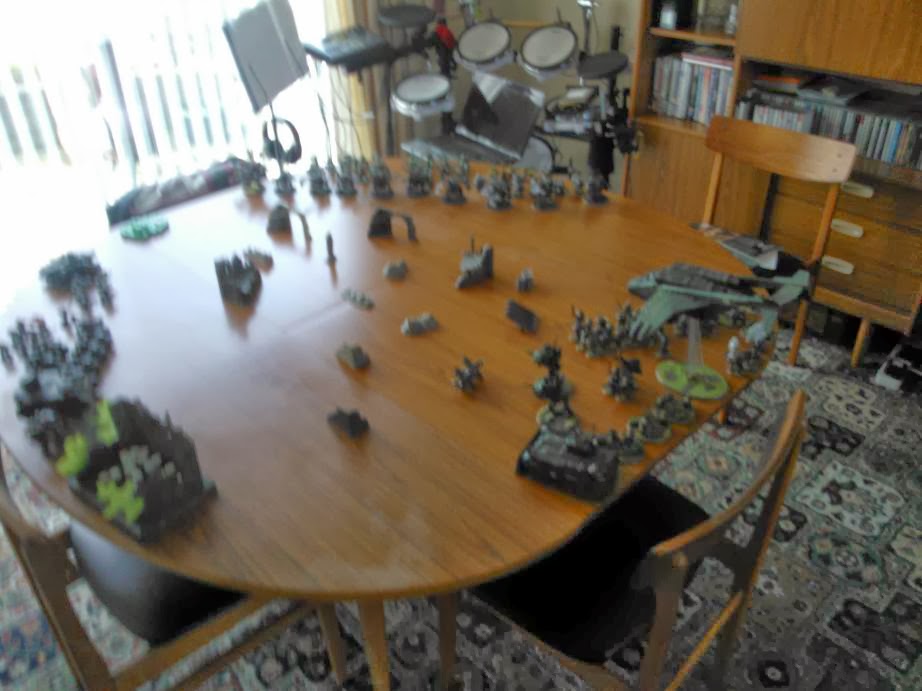 Here you can see how everything was set up. I tried to balance out my force, with the infantry facing the Orks and the heavier stuff facing the Marines.

Neil's Orks looked very imposing through sheer numbers. Fortunately Ghazghkull and the Deff Dread pointed themselves in the direction of the Templars. Instead I had to face off against several Killa Kans, a mob of Orks and a squad of Gretchin. 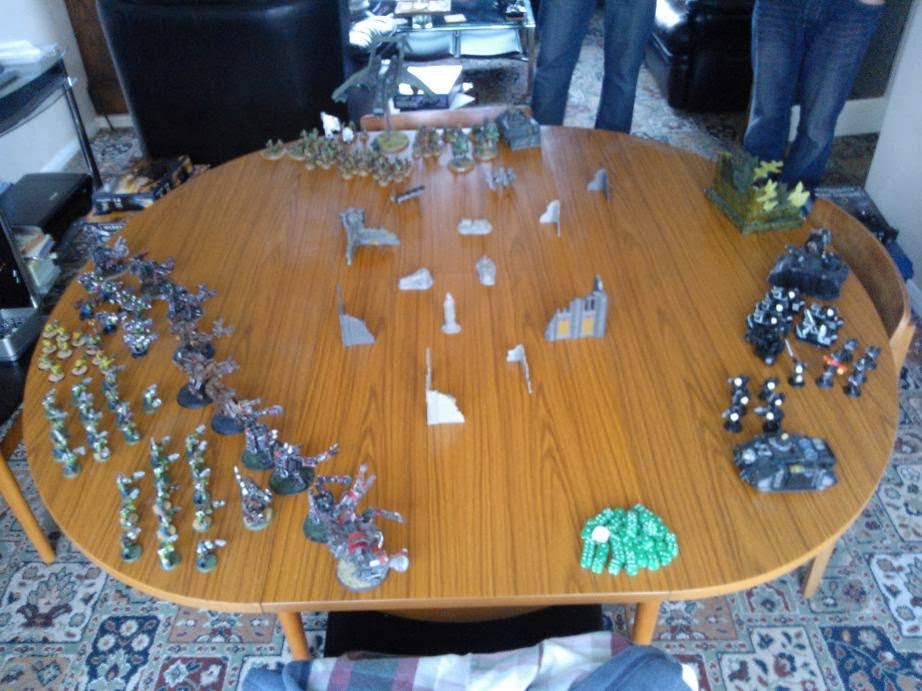 The Marines had to deal with more Ork boyz, some more Killa Kans and the heavy stuff. Shaun had an Emperor's Champion, 3 squads of Marines with a plasma cannon, heavy bolter and missile launcher split between them, some bikes and an attack bike, a Razorback, a Dreadnought and a Vindicator.

Unfortunately we didn't take any photos during the game, but here are some highlights:


Everything missing the Valkyrie
Neil's gretchin taking out a couple of bikers, including the Sergeant
The dreadnought getting vaporised by the Sentinel's lascannon
Shaun's plasma cannon wielding Marine nearly blowing himself up twice in a row 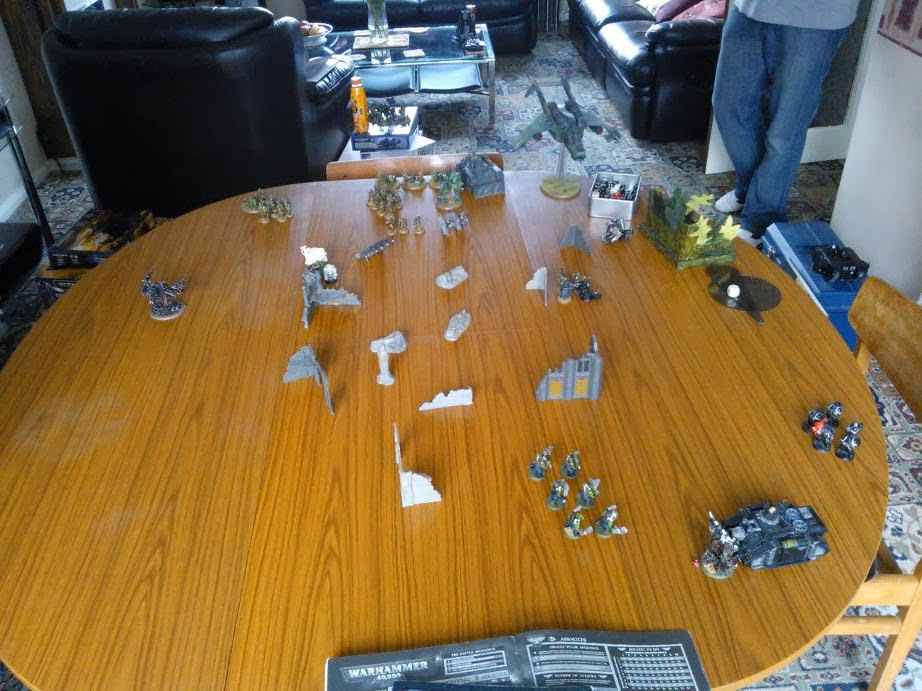 And here is the ending shot. Ghazghkull is desperately trying to pummel the Vindicator, I'm trying to kill of a couple of Marines in close combat, and the missile launcher is failing to hit the Valkyrie 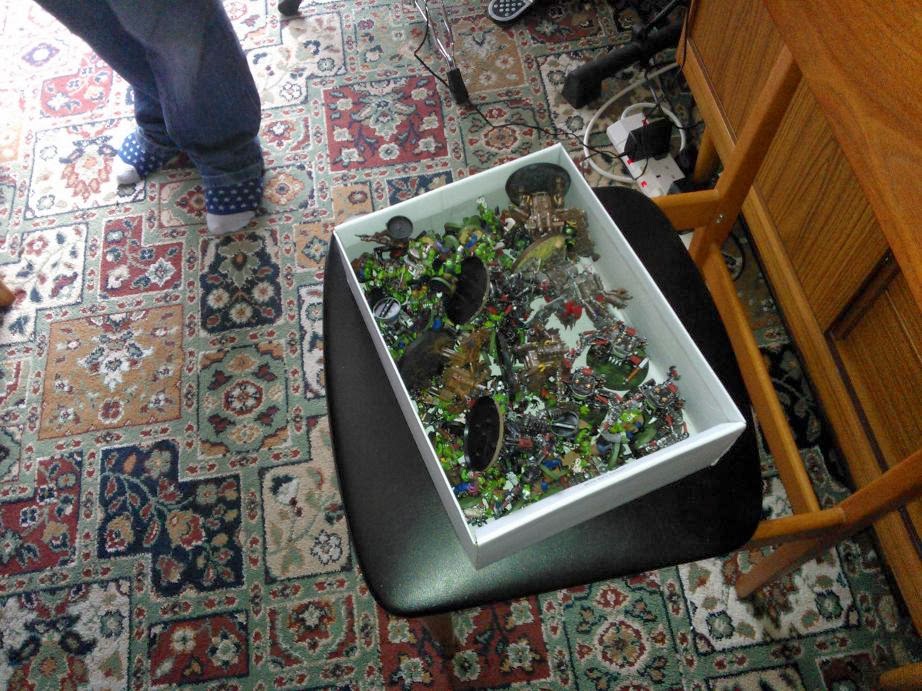 Here is Neil's box of casualties, the Orks being as ineffective at shooting as always. 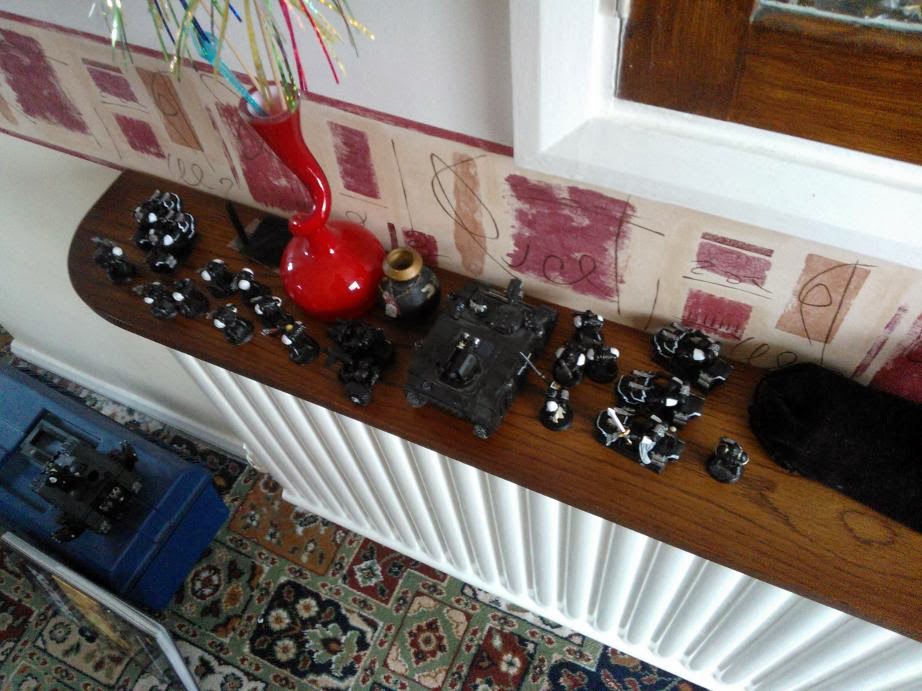 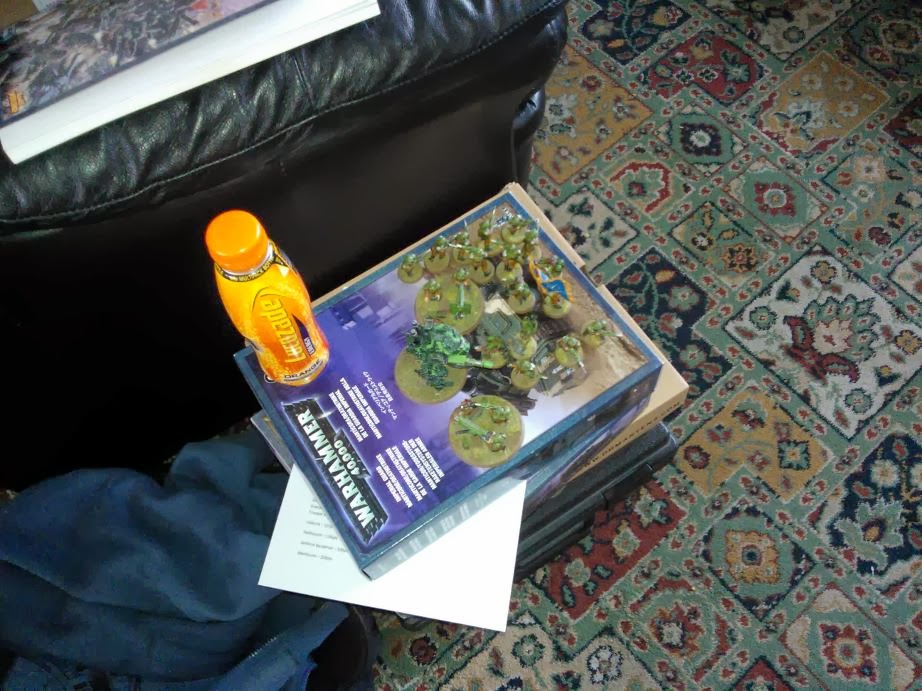 And here are the 127th's casualties. Surprisingly low, but that was mainly down to going to ground and then getting back in the fight. I'm not sure if I used the orders system correctly, but it didn't feel overpowered if I did get it wrong. 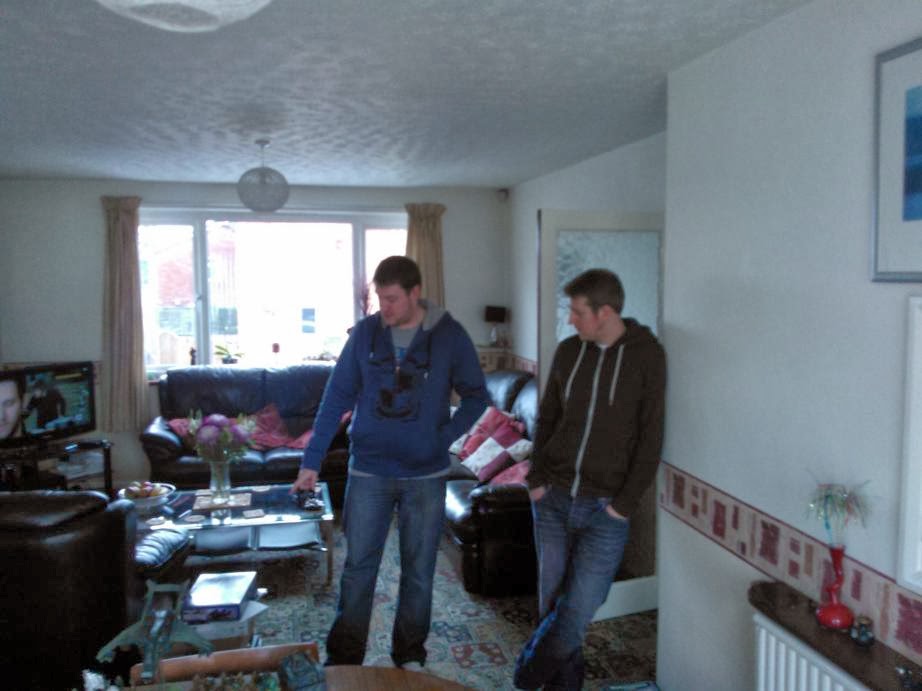 And finally Neil (on the right) and myself survey the battlefield before hand.

For my first game in over a year, this was a really fun way of getting back into playing. Shaun and Neil made it enjoyable and now we're planning an Apocalypse game between us.

Always interesting to see the IG on the receiving end of the irrational wrath of the BT's again. They're not to be trusted.

Cheers Zzzzzz. A definite victory. The Valk seemed to do the business, but then the Chimera also helped a lot.

At least I wasn't on the receiving end of the Vindicator or that pesky Emperor's Champion!