Thanks for reading my previous post on this, if you haven't read it Part 1 can be found here. I'd left the Hydra at a good point but it was definitely lacking some detailing. Using a few bits of blu tac, I came up with the following rough ideas and then posted the question to the Imperial Guard (Astra Militarum) page on Facebook to get some opinions and additional ideas. 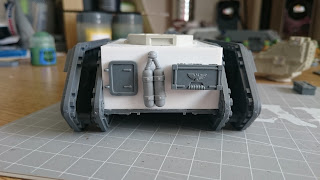 A rummage through the bitz box and I found some items that could be used. So the bits are from the old Leman Russ kit and the tank accessory sprue. 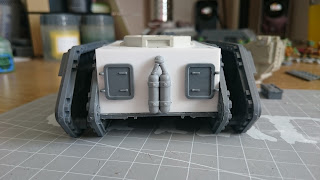 Trialling with two doors and a heavy flamer promethium tank. 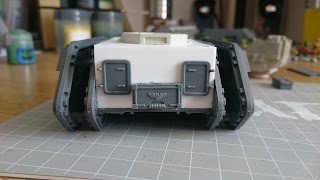 Two doors and a tool/ammo crate. 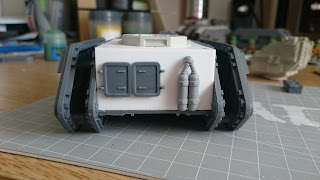 Double doors with the promethium tank. 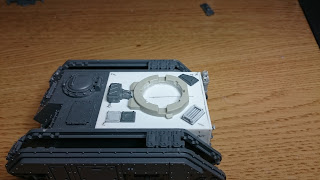 Whilst waiting for some answers I got to work on the top of the tank. The big mounting ring is from the Puppets War Pegasus kit and will be what the flak turret sits in. I added a vent and hatch from the old Leman Russ kit - the hatch was from the side of the turret. The two small hatches are from the Sentinel kit (I think) and were cut down to be a bit shorter. The power pack is also from the Sentinel kit and matched up well with the turret ring. Anyway, back to the back now. 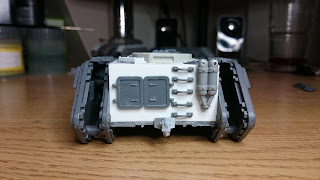 The Facebook feedback led me to the above. General consensus was double doors so the crew might be able to actually fit stuff in. An exhaust was also suggested so the promethium tank had some holes drilled in it and it became the exhaust. Hatch handles were added as a step ladder and a nice big tow hook was slapped on as well. Please ignore how wonky some of these pieces are - I didn't realise quite had bad it was until after the glue had dried. 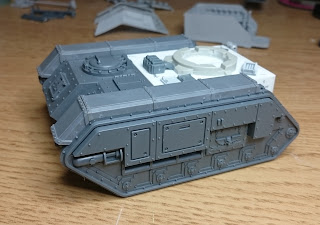 I also butchered another set of tank track guards to get all three pieces to fit on the Chimera chassis. Why GW didn't make this possible confuses me. 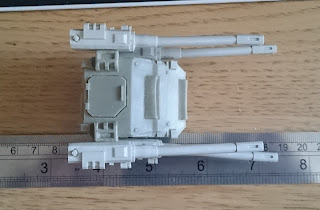 My next challenge will be the gun barrels which as you can see above are bent in every different direction. How would you approach them? Heat and bend them back or cut them off and use plastic tubing/brass rod to create new barrels? Options would be appreciated.

Kool stuff. Brass tube for perfection, hair drier for speed. Do the hair drier first and then when you have the results you can see if you need to splash out on the brass toob.

Still think you need three of these.

And don't forget these https://devos4.blogspot.co.uk/2015/04/chimera-track-guards.html

@ Zzzzzz - I'll give the hair drier a go first, need to do the barrel on the Artemia Hellhound and the armour on the Vanaheim Griffon as well.

I think 3 would be good, I'm sure I've got enough spare bits to replicate them easily.

Ah yes, I had forgotten those. I also like the look of these http://www.modelsandminis.com/Track_guards_for_ChimeraLeman_Russ/p2965327_14270805.aspx

Oooooh. I'd not seen those before. I'm off to ferret around the webstore.

I'll do picts of the legs soon as well...

Thanks for linking to our website guys! :D Also great work!