The other day I bought another new Ikea Billy bookcase, just the small 100cm x 40cm one to go on top of another unit that was currently just a dumping ground for all the random crap that seems to end up in the study. This has led to me rejigging where my models and LEGO are displayed and I spent some time cleaning the dust off them. 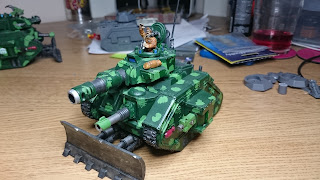 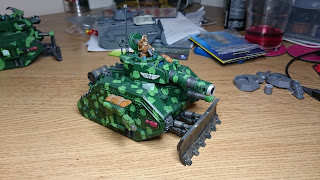 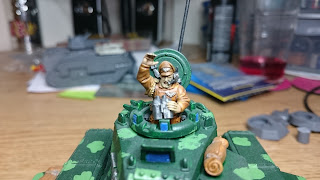 Lets all wave to the new guys 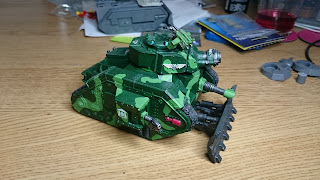 Demolisher from the right 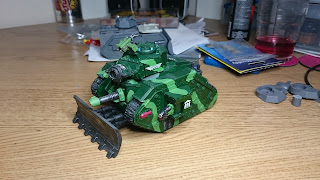 Demolisher from the left

While dusting these two tanks off, I was looking at the paint scheme and began to ponder if I should repaint the two or to sell them off and fund some new kits and start again. So I put the question to you, my fellow hobbyists. Would you: a) strip and repaint the models completely? b) freshen the tanks up by weathering the hell out of them? or c) sell them and start again? Answers in the comments below please.
Posted by Cadian 127th at 19:47

Chipping, rust and then dust.

The paint doesn't look so thick that a repaint with weathering would look odd.

Repaint 'em, but don't strip them. Keep an aspect of their previous incarnation to retain their character!

Cheers everyone. I think I'm going to go for the repaint then - but not a full repaint, just a freshen up by weathering the hell out of them!

Paint them, don't toss old tanks...I made that mistake and regretted it

@ The Mighty Flip - Cheers for your comment. I've sold off a couple over the years, but some of these were never going to be repainted - 2 Chimera's that were ruined. I do regret selling off a part metal Leman Russ Exterminator. I have already got my plan's laid out for repainting this.