Hi everyone, thank you for dropping by. Continuing on with the railway project today. If this is your first time taking the time to check out the project, here are links to Part 1, Part 2 and Part 3. 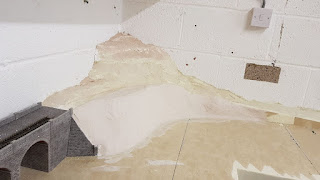 The first thing that we cracked on with was making the hill look a little less like a pile of polystyrene. Simple DIY filler was used to smooth out the hillside. 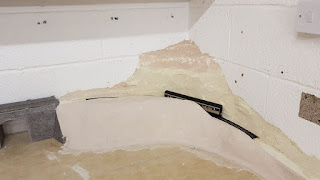 It was also used to provide a bit of texture to a bobbly surface. 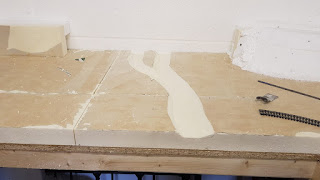 One of the things we wanted to try out was water effects. And that meant cutting a river through the viaduct. The river flows through the centre of the viaduct and around the middle pier. A rough outline of the river was drawn onto the celotex before attacking it using an electric plunge saw. Now this might sound like overkill but it made the job so much quicker and easier. 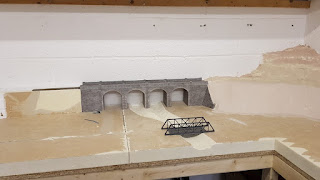 With the river cut out, the viaduct went back in place and the girder bridge for the inner loop was added. Something didn't look quite right though. 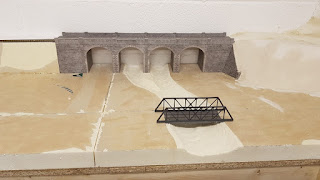 So we widened the river a little as it felt a bit narrow. Now it looks more substantial and will allow for a bit of added detail on the banks. 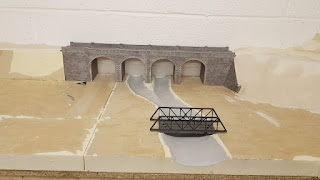 More filler was used to seal the river bed and add some texture. This time some paint was mixed in to try and make things easier for later.

Thanks again for looking through this and stay tuned for another update where we might actually see some track being laid!
Posted by Cadian 127th at 12:03