Hello all and thanks for dropping by on this Halloween!

Nothing too spooky going on here, continuing to build some of the many kits I've had in need of some attention. 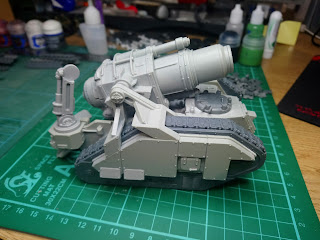 This ForgeWorld Bombard has been sat nearly completed for quite a while. 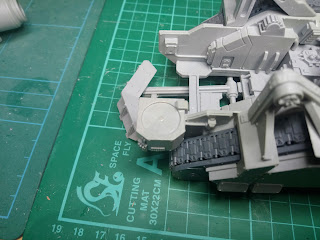 The Bombard has a very neat shell loading crane on the back which lends itself nicely to being magnetised. So a little magnet was added to the base plate. 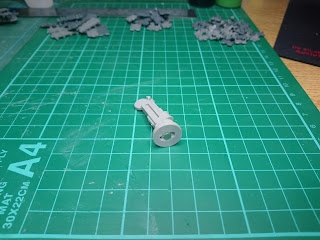 And one was added to the bottom of the crane arm. Now the crane can be removed for transporting but also can rotate for a little bit of fun. 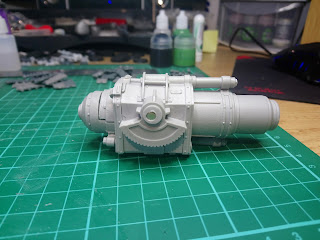 I also magnetised the cannon - wonky magnet placement again. So it can be removed if needs be. It'll also help with painting it. The cannon had locating pins on each side and I cut these off before drilling a nice hole for each magnet. 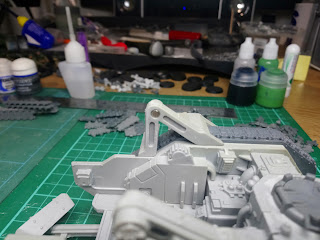 Adding the magnets to the cannon supports was much easier as the hole is already there. Some super glue and a magnet on each side later and they are done. 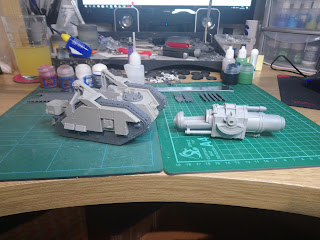 I don't particularly like the classic look hatches that are on most of the ForgeWorld kits so out came the cutters and files and sand paper and the front hatch was removed. I replaced it with a hatch from previous Leman Russ kit which suits my armour a lot better.

Thanks for dropping in and I hope everyone has a great Halloween!!!
Posted by Cadian 127th at 20:28

Love the Bombard, such a characterful kit with a massive fat gun!

It certainly has presence.

If you see no need for the FW hatches, I could use three or four right now ;)

Really love the looks of this FW kit, wish more people used them.

@ Siph_Horridus - it is a lovely kit, got an eBay one to strip and repaint too :)

@ Zzzzzz - I've got at least one pair of hatches, and can look for the others if you want them

@ Sir Tainly - it looks great, I hope I can get some paint on it soon

Cheers for the comments all!