Home Unlabelled 153 - Another One Gone

Well, yet another FLGS has decided that stocking and selling Games Workshop products isn't worth it any more.


Guys That Game, who are located in Fenton, Stoke-on-Trent, will no longer be stocking Games Workshop items. I've used the shop a few times as it is only a couple of minutes drive from where I live, and is a handy place to go and grab bits and pieces for a slightly discounted price.

Anyway, they recently announced on their Facebook page that they were going to stop selling some items from several different manufacturers. Like most, I'm always on the look out for a bargain/discount so I went down to the shop to see if there was anything worth buying - and there was. 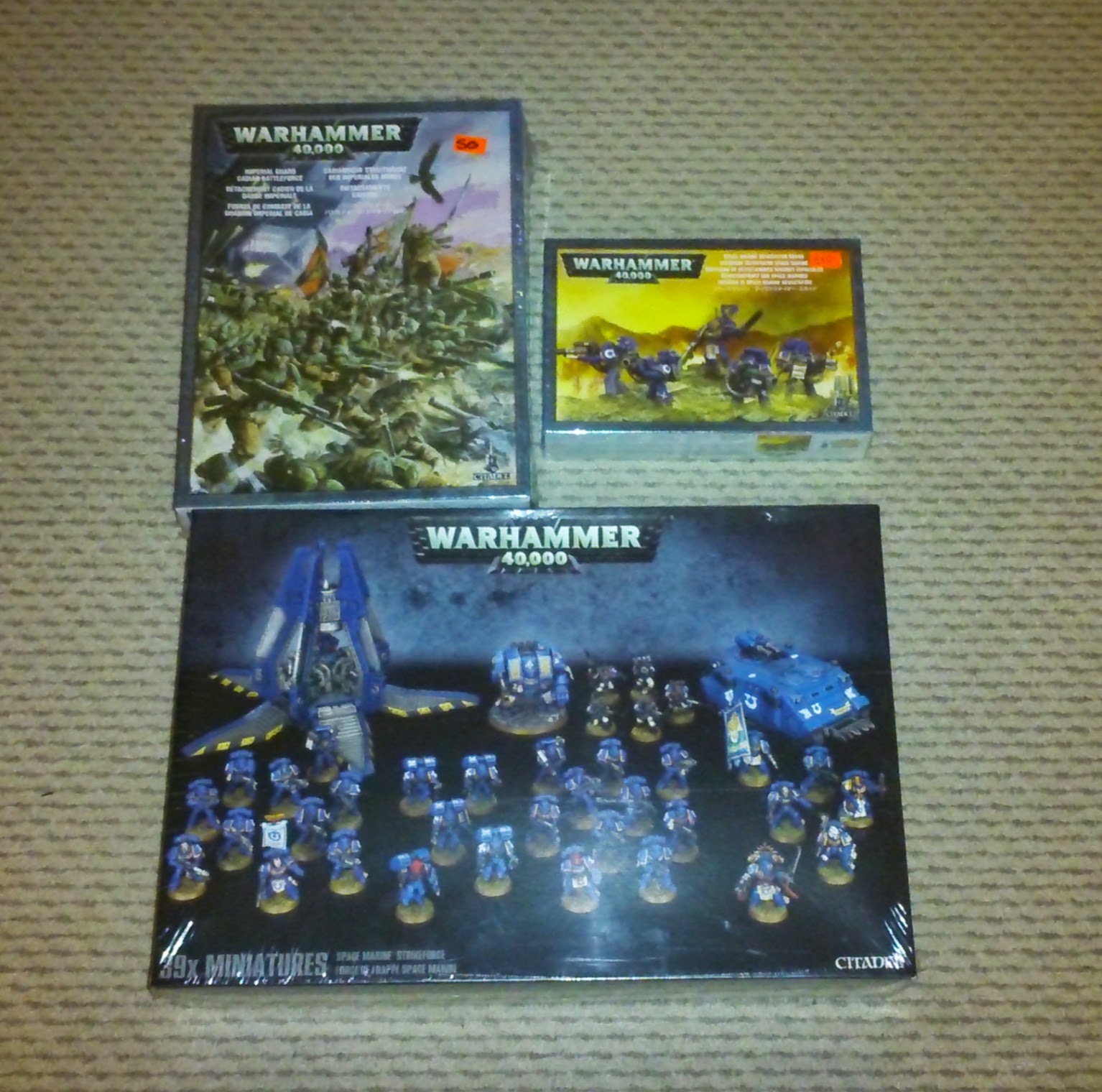 I ended up grabbing three sets. A squad of Space Marine Devastators for £15 (RRP £20), the previous Imperial Guard Cadian Battleforce for £50 (RRP £65 I think) and the now unavailable Space Marine Strike Force for £90 (RRP £140).

So I've now got a nice load of extra models for next year and probably won't have to buy anything else. They did have quite a few other box sets, including Space Marine vehicles, Tyranids and Tau, as well as some Fantasy sets. They also had all of the new paints, but I'm not sure how much they reduced them to.

Well worth a trip if you are local as you may find something that's no longer sold or that is a bit cheaper than getting it from an online retailer.

Ooh, well done ! I do love a bargain.

Wish I have the money to buy that much warhammer in one go :P

Sorry to hear the store won't be selling them anymore...but I sometimes wonder how any of these stores are competing against online retaillers.

They were a bargain, and I had to do a bit of haggling with the missus.

@ Greg - I agree, unless their core customers can support the stock level. I think sometimes there is just too much for the stores to keep in.